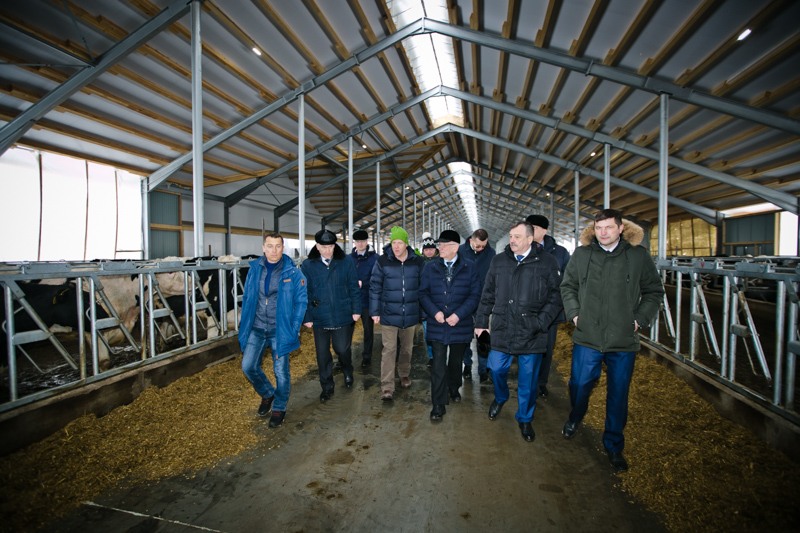 The governor of the region Yuriy Berg, the acting Minister of Agriculture of the region Valeriy Novozhenin, his first deputy Grigoriy Zakharov and the head of Severnoye district Vasiliy Davydov set off for the dairy farm in Severnoye district where Stefan Duerr, President of EkoNiva Group, was waiting for them to discuss the prospects of the investment project.

The business visit started at the outdoor lot for beef cattle keeping in Zhmakino. More than 1,500 cows are housed on such winter cattle sites. In summer, they move freely around pastures extending over several kilometres.

Then the guests visited Kurskaya Vasilyevka dairy farm. This dairy for 2,800 cows has been under construction since May 2018. The volume of investments is about 3 billion rubles. Stefan Duerr told the governor of Orenburg oblast about the construction progress. 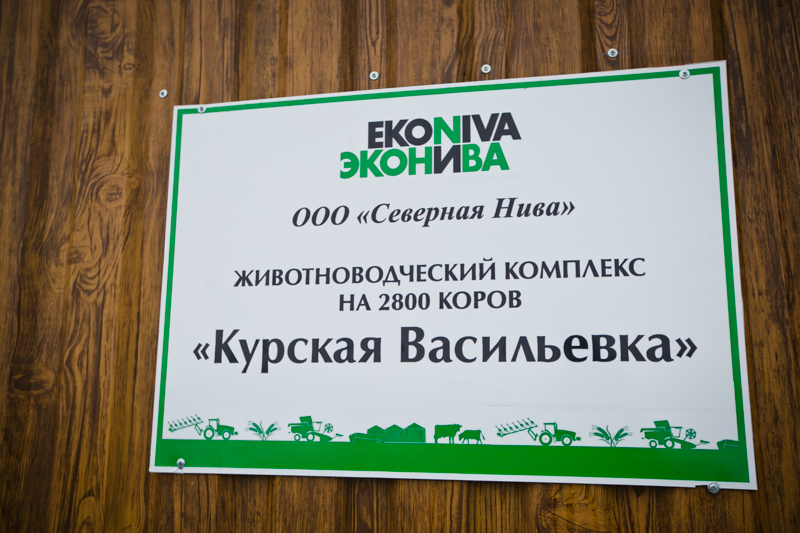 'The installation of the second and third barns for 1,000 head each is going on at Kurskaya Vasilyevka at the moment’, says Stefan Duerr. ‘We have already commissioned the first barn for 800 milking cows with a young stock lot and an indoor calf area. The milking parlour is equipped with a 72-stall rotary. Besides, there are five fenced lots, 10 hectares each, for temporary placement of heifers.’

The construction works at the dairy farm are still underway, about 400 people being involved in them. The official launching of the mega farm is scheduled for this June, but the local residents have already started working on the farm. The governor communicated to milkmaids and herd managers discussing the labour conditions and salary and remained satisfied with what he heard. The district definitely needs bona fide investors providing jobs with stable earnings. Upon taking a close look at the progress of the investment project implementation, Yuriy Berg thanked the president of EkoNiva for the fruitful cooperation. 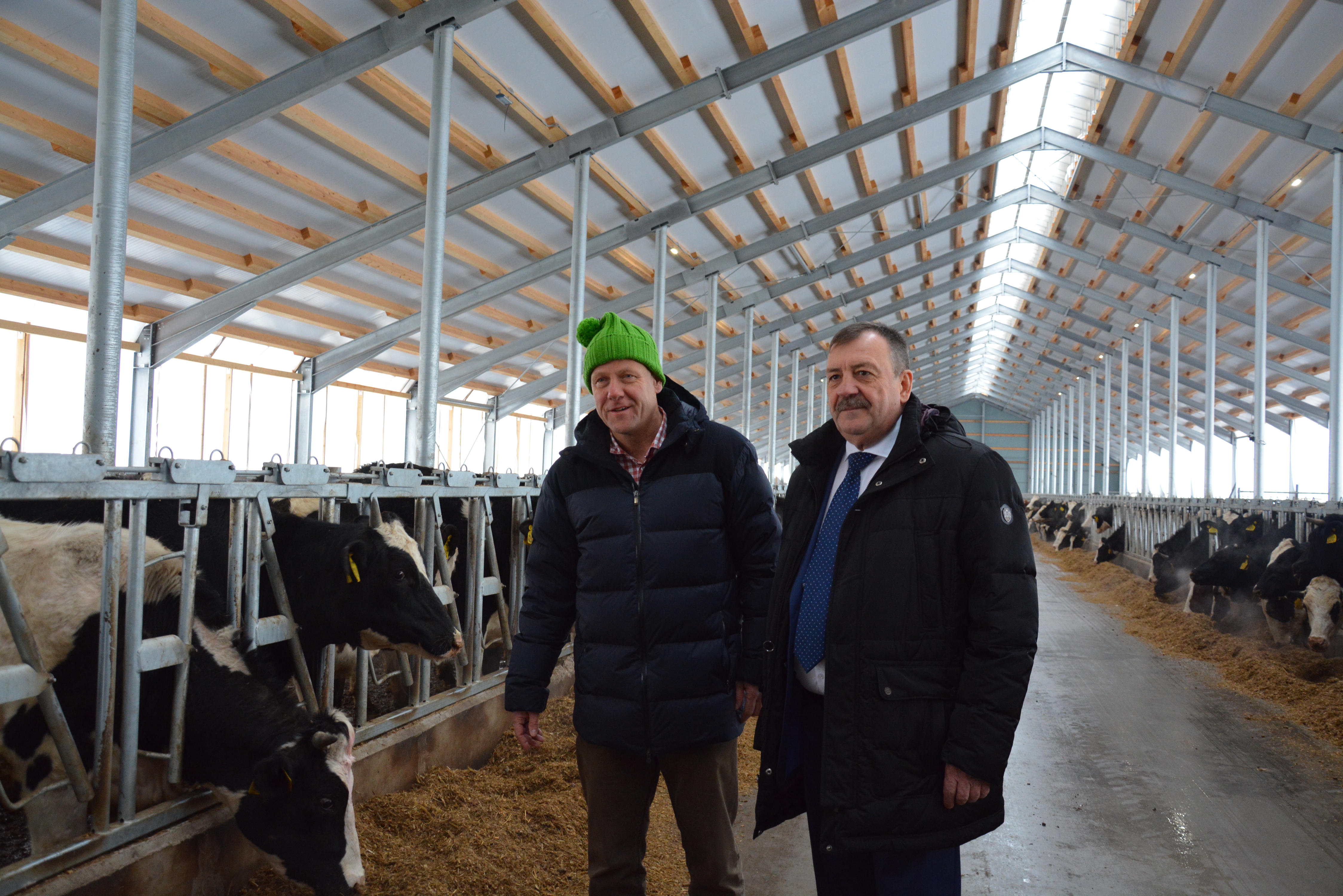 ‘This project is of great importance to Severnoye district and the region on the whole’, pointed out Yuriy Berg. ‘The dairy farm will be the largest in Orenburg oblast. The fact that such a large-scale project is being carried out in the region suggests bright prospects for the livestock farming and a favourable investment climate in the farming sector of the region. We guarantee further comprehensive support to EkoNiva in Orenburg oblast.’ 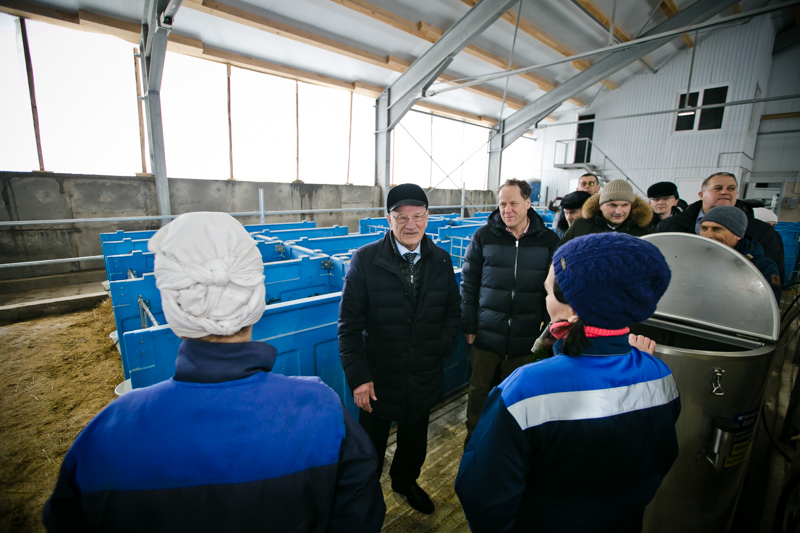 Severnaya Niva has been actively working and developing in three regions simultaneously: Orenburg oblast, the Republic of Tatarstan and the Republic of Bashkortostan. The total farmland area of the enterprise amounts to almost 80,000 hectares, the herd is about 7,000 head, including 5,200 dairy cows and 1,800 beef cows. The company considers building six more dairy farms in three years’ time. It also has preliminary plans of building a milk processing plant within Severnaya Niva.