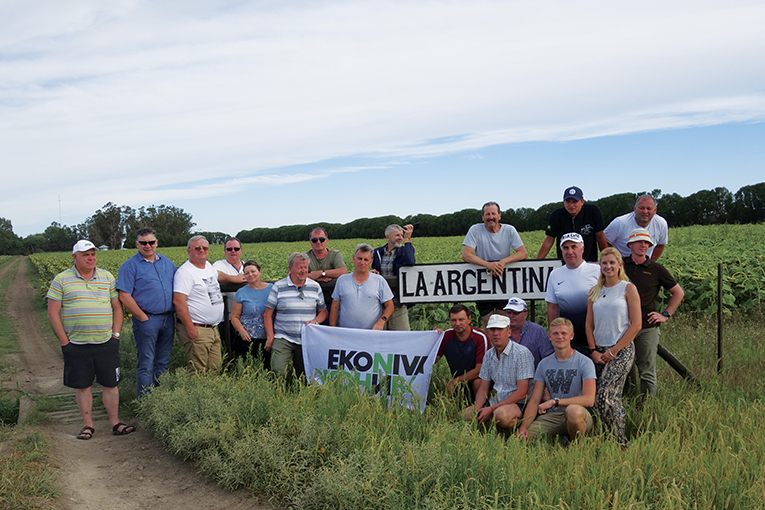 For the growers, it was their first trip overseas dedicated specifically to the studying of no-till farming practice.

The itinerary included arid southern parts of Buenos-Aires province, which were formerly considered unsuitable for crop farming, with beef and dairy cattle as predominant farming types. Introduction of no-till system in the 70s gave an impulse to the development of crop production, with the cultivation of such crops as soybeans, maize, wheat and spring malting barley. Very few forage crops were included into the crop rotation as the cows were grazing on pasture year round.

The extraordinary approach of Argentinian agronomists to sowing rates of all crops — they are 2-4 times lower than comparable values in Central Russia — came as a complete surprise. For example, the sowing rate of maize, which is the major crop for areas with good water availability, is 32 thsd seeds/ha. However, when maize is sown into a stubble (planting in December and the poor water availability), the sowing rate decreases to 23 thsd pcs/ha. All the maize hybrids are GM, glyphosate group resistant. To control weeds in such a thin stand, glyphosate is applied to the crop up to three times during the growing season.

The main export crop in Argentina is soybeans, the country being the third largest producer of the crop worldwide. The climate is suitable for growing varieties reaching maturity in up to 180 days. The seeding rate of soybeans is 250 thsd seeds/ha. Owing to the good branching of the crop, the yield amounts to 2.5-4 tonnes/ha.

Long-time use of the active substance has resulted in the evolution of 25 glyphosate resistant weed species. Thus, the glyphosate-based herbicides have lost their efficacy in controlling these kinds of weeds. The practice of rotation of the herbicides with different modes of action and the use of combined herbicides are suggested as possible strategies for preventing or slowing down the evolution of weed herbicide resistance. 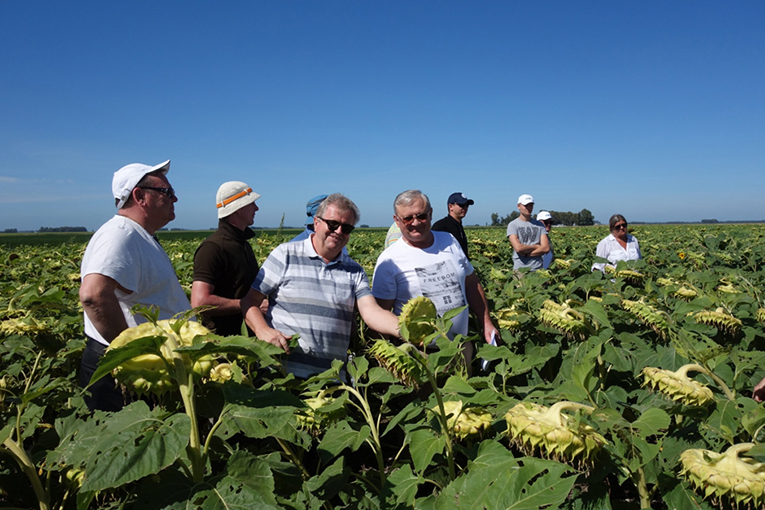 The Siberian farmers wondered at the spring wheat and malting barley growing practice. The low sowing rates and the high tillering rate did not match their expectations. For instance, spring malting barley variety Shakira was sown at the rate of from 60 up to 100 kg/ha (it exceeds 200 kg/ha in this country). Thanks to the tillering rate of from 5 to 6, the farmers manage to achieve an optimum stand of 700 heads/sq. m by harvest time, with subsequent yield amounting to 5.5 tonnes/ha.

Another discovery was the unbelievable low water consumption rate during spraying, averaging 60 l/ha. The agronomist of one of the farming enterprises visited by the guests from Russia has been working at a sprayer application rate of 6-8 l/ha (from 100 up to 300 l in this country) for a number of years now. The use of oil-based adjuvants is critical to the success of this practice. The oil coats the small water droplets, preventing their evaporation. As the adjuvant hits the leaf, it lowers the droplet surface tension, enlarging the leaf area of liquid coverage.

The group visited National Institute of Agricultural Technology (INTA) near Bordenave, 47 extension units of which support farmers. The work is financed by the government.

The know-how exchange of the adherents of no-till agriculture went very well. The key takeaway from the trip is that some mistakes, which have been made in Argentina, such as an intensive use of GM varieties and hybrids and creation of glyphosate-resistant weeds, are possible to avoid in Russia.

By Willi DREWS, Doctor of Agronomy, an advisor of EkoNiva