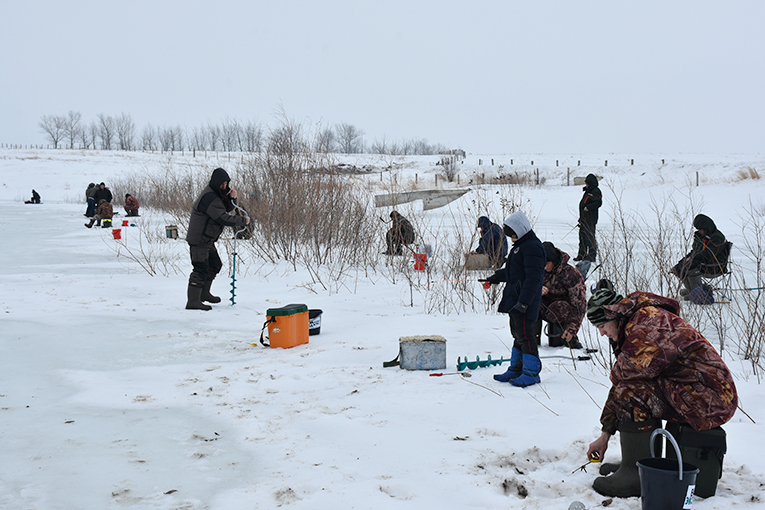 Arrangement of such competitions is a comparatively new tradition in the company, it has existed only for two years. The contests are also run in summer, in July. Besides, the number of participants is growing steadily. Approximately 100 employees took part in the competition for the first time; this time, the event gathered 150 rivals. Last July was notable for its record catch, a 1.5-kg grass carp rose to the bait.

This competition was restricted by 3 hours each day. The choice of the fishing tackle and bait was up to the contestants so the fishermen could use their own secrets of success. However, the vast majority got by with quite traditional options such as ice fishing jigs, in-line spinners, and blood worms. 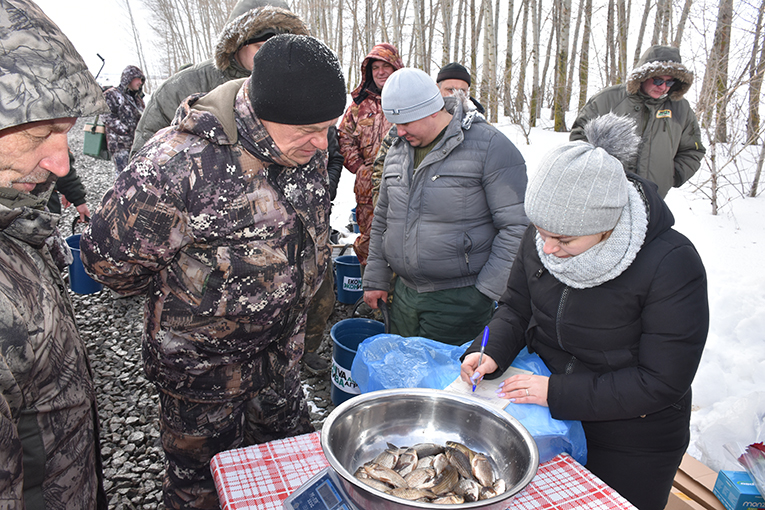 It is high time to give the names of the central figures who, besides being adept fishermen, got a benign smile of fortune.

On 21 February, Vladimir Pankov, electric and gas welder of NivaStroy, took first place at Obyezdnoe pond located close to Shchuchye village. Besides, he was the one who won the prize for the first caught fish.

‘I opened the scoring by being the first to land a small crucian carp’, says Vladimir Pankov. ‘Probably, it could be considered as a good omen, right after that I had a steady bite, which propelled me to a gold medal for the catch weighing 1 kilogram 580 grams in total. Actually, I try to participate in such tournaments regularly. It is a great tradition, and I am grateful for it to the trade union committee of the holding, Aleksandr Rybenko, Executive Director of the enterprise, and others who support this initiative. We work well and know how to have fun!’ 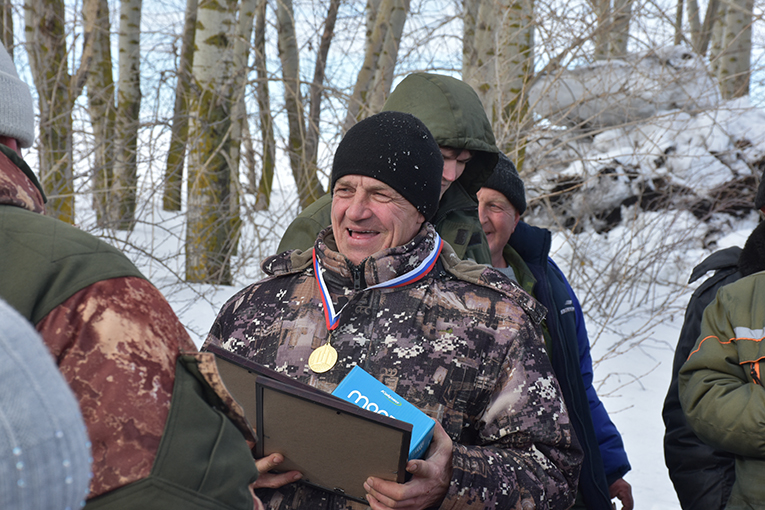 The silver and bronze medals went to Nikolay Kolesnikov, machine operator of the Right-Bank Operation of EkoNivaAgro, and Mikhail Romanenko, construction worker of NivaStroy, respectively.

Next day, the electric and gas welder of the Left-Bank Operation of EkoNivaAgro Dmitriy Borisov clinched the victory in the strong fight for attention of the underwater inhabitants of the pond.

‘I’ve been working for the company just for a month and it is the first time I’ve participated in a competition like this’, says Dmitriy Borisov. ‘Actually, I am a keen fisherman, and the competition has become a real event for me. I tried to land fish with a jog and blood worms, which were of particular interest to roaches, perches, and gudgeons. This led me to a gold, the whole catch weighed a bit more than 400 grams.’ 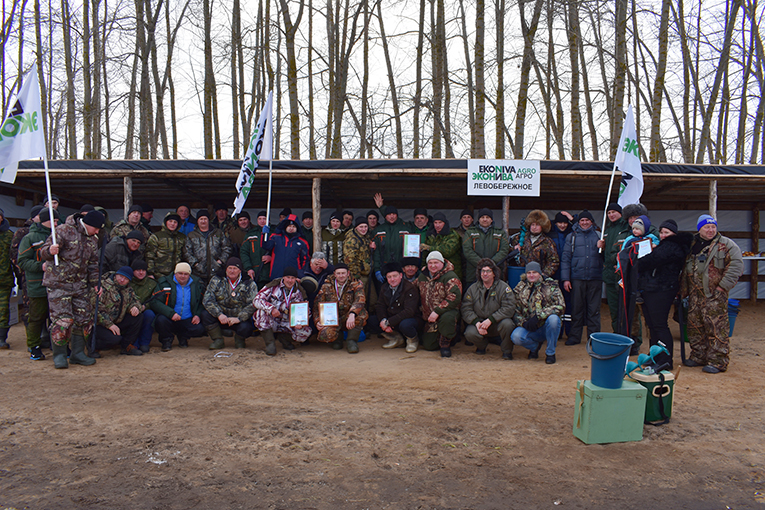 Second and third places went to Pavel Salnikov, truck driver of the Left-Bank Operation of EkoNivaAgro, and Sergey Voronin, head of Bodeyevka dairy respectively. On 22 February, Vyacheslav Ionov, Deputy Director of EkoNivaAgro-East, became a deserving winner of the gold medal.

‘I strived for the win using an in-line spinner and artificial baits’, commented Vyacheslav Ionov. ‘As a result, I caught predators: perches found my baits tempting. Although the fishing was in winter, the striped ones tipped the scales at 650 grams.’ 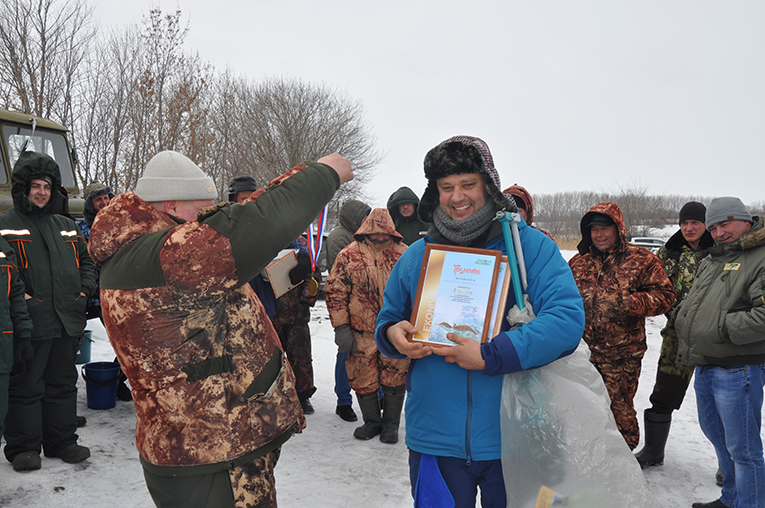 Second prize was given to the cook of EkoNivaAgro-North Svetlana Mihailovskaya, third – to the machine operator of EkoNiva-East Sergey Lipunov.

It is worth mentioning that these days, many of the fishermen received special prizes in various nominations. Petr Kryachkov, head of the water and gas supply department, was proclaimed a veteran of fishing to warm applause. Honours for the first caught fish were bestowed to Vyacheslav Ionov and Sergey Shepelev, machine operator of the Left-Bank Operation of EkoNivaAgro. The young fishermen Oleg Vorobyev and Dima Lysenkov received prizes for being the youngest contestants. Electric and gas welder of NivaStroy Nikolay Pankov, machine operator of EkoNivaAgro-North Sergey Arapov and machine operator of the Left-Bank Operation of EkoNivaAgro Aleksandr Khorunzhiy bagged the largest trophies. 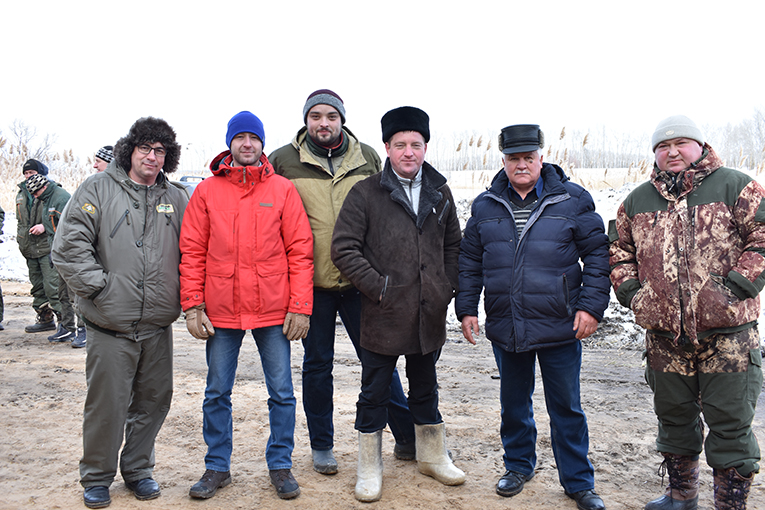 Electrician of NivaStroy Igor Tkachev, stockman of the Left-Bank Operation of EkoNivaAgro Nikolay Mirinenko and farming equipment technician of EkoNivaAgro-East caught the smallest and daintiest fish.

The two days of warm-hearted communication, fresh air, cheerfulness, and the thrill of the competition filled the entrants with high spirits. A mouth-watering waft and the sun breaking through the clouds reminded us that summer is just around the corner, which means another competition is on the way. The tradition is putting down its roots!