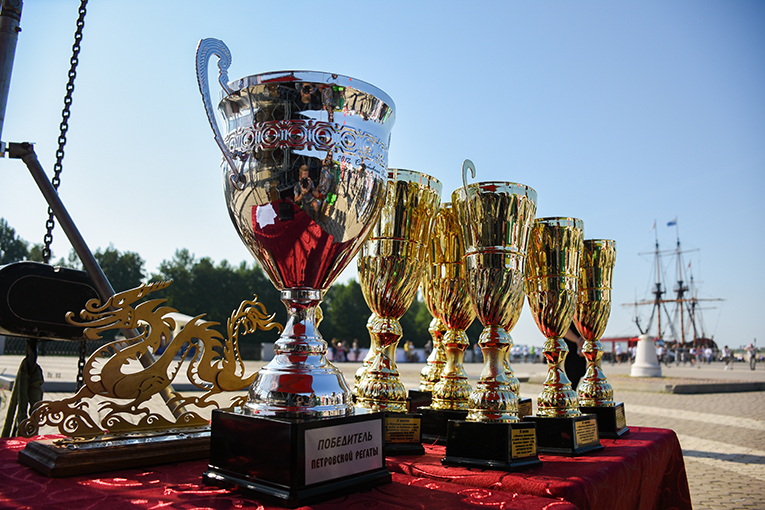 Over the past few years, water sports have become very popular in Voronezh uniting thousands of amateur athletes. Sponsored by the Regional Government and the Physical Culture Department, two dragon boat regattas – Flag of Honour Race and Peter the Great Regatta – are annually held in the heart of the Black Soil Region. 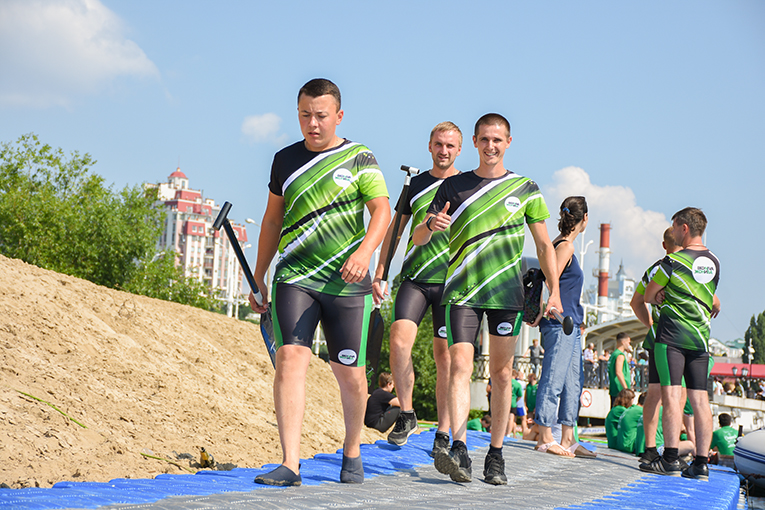 ‘Dragon boat racing is aimed at healthy lifestyle promotion’, says Vladimir Kadurin, Head of the Physical Culture and Sport Department of Voronezh oblast. ‘This competition is not just about doing sport – it is also an opportunity to spend some quality time with colleagues and friends. The number of people engaged in the regatta is growing year by year, which means that the event enjoys popularity among the residents of our city.’

EkoNiva’ team is a traditional participant of the two city regattas. Last year, the athletes managed to win the gold medal in Flag of Honour Race, and they finally clinched the victory in Peter the Great Regatta on Navy Day. 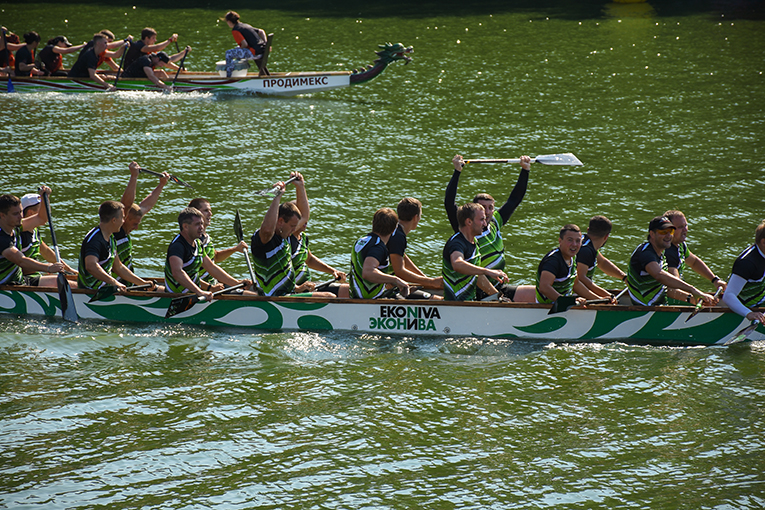 The usual route of the regatta passed through the waters of the Reservoir at the side of Chernavskiy bridge to the Goto Predestinatsia flagship. In the semifinal race, EkoNiva’s sportsmen competed against the following teams: Voronezh City District Administration, Delta Fitness Dragons and Voronezh State Medical University. Right from the start, our athletes immediately took the lead and left their rivals far behind. Delta Fitness Dragons did their best not to give up the struggle, but in the end, EkoNiva came in first. 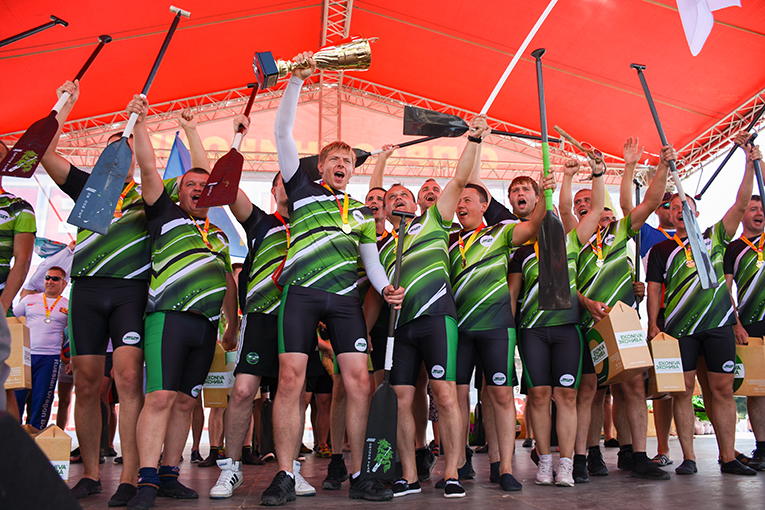 ‘We take the training very seriously’, says Sergey Sidorenko, Service Engineer of EkoNiva-Chernozemye. ‘Several times a week after work, we go to Voronezh Reservoir to do stretching and endurance exercises for two hours and go through different distances. All of the team members are involved in the initiative, as the boat racing has become way more than a pastime for us.’

In the final race, the strongest teams appeared on the water, with EkoNiva being one of the main favorites. Enjoying the fans’ overwhelming support, EkoNiva was at the head of the race throughout the distance, giving no chance of winning to other participants of the competition. 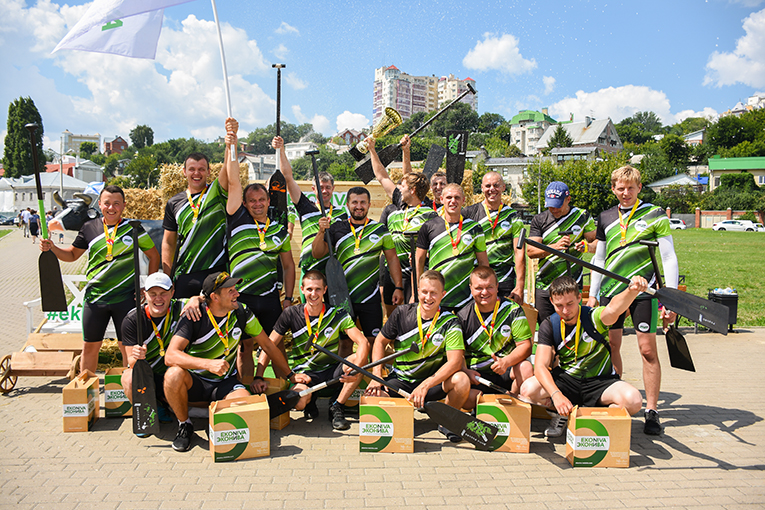 ‘What has played an essential role in our success is the team spirit’, says Aleksandr Prokopov, Service Engineer of EkoNiva-Chernozemye. ‘Each of us is an integral part of the crew, and the eventual outcome depends on our coordinated work. It has been the second regatta in a row showing that our team spirit and determination help us to achieve the desired results. In September, we are going to take part in Flag of Honour Race, so we will keep training and do our best to defend Champions title.’

Owing to the effective teamwork and physical fitness, EkoNiva’s athletes have become the cup winners and gold medallists of Peter the Great Regatta for the first time, thus proving that losing is not in the nature of our company.