Driven by healthy lifestyle craze, customers are increasingly going for plant-based milk alternatives, which is not bad in essence. As life goes on, new trends, technologies and taste preferences emerge. The problem here is that producers of these drinks gain consumer trust either by exploiting the milk image or, on the opposite, by compromising it. 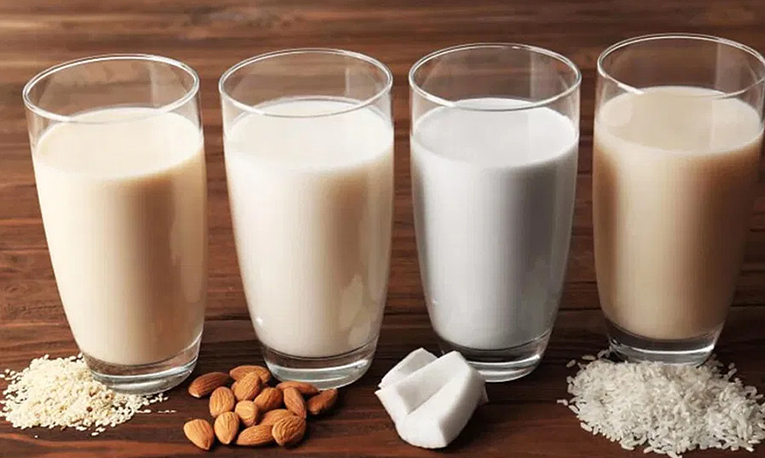 Milk with no milk in it

Producers of beverages from oats, rice, almond, soya and even Siberian pine nuts use the word ‘milk’ in their names. Their advertisements claim that those drinks are dairy-free alternatives. In this case, why are these products, which have nothing to do with milk, called like that?

Many people really believe that their trendy choice is nutritionally equivalent to milk. The common misconception is caused by their names – ‘soy milk’, ‘almond milk’, ‘buckwheat milk’. The logic of marketing specialists is obvious – it is much easier to promote ‘oat milk’ than some ‘oat drink’.

Other companies have chosen the opposition to milk as their strategy and emphatically call their drinks ‘not milk’. Their advertising campaigns are based not on the benefits of their product but on blaming natural cow milk for containing lactose, which, in fact, can be compared to accusing a lemon of being sour.

Such a strategy is not new. Some years ago, the word ‘ne cola’ was used to promote a different kind of drink. The trick was prompted by novel Generation ‘П' by Viktor Pelevin. The characters in the book played with words ‘ne cola’ (literally – not Coke) and Nikola (a Russian male name), which was later used to market a drink. Biologists call it parasitism while dairy producers – unlawful acts.

‘Plant-based drinks and dairy products are two different market segments. Therefore, they cannot have the same name’, emphasises Artyom Belov, Director General of Soyuzmoloko. ‘Let’s get the terms straight – they must be called coconut, almond or rice drinks, not milk. It’s the right thing to do. In European countries, it is forbidden by law to use dairy terms on the plant-based product packaging. I hope here, in Russia, the issue will soon be fixed too. We have to amend the Customs Union regulations first and this work is in progress.’

Concerning the competition between these two product categories, Artyom Belov believes that it is too early to talk about it. At present, the milk alternatives market is estimated at about 10 billion rubles, while the dairy market – at 1 trillion rubles. The volumes of the markets are incommensurable.

So, what do the Europeans consider to be milk? According to Stefan Duerr, President of EkoNiva Group, according to the German legislation, only the fluid secreted from animal udder can be called milk. This is a precise definition, which is easy to comprehend.

‘There is tea, coffee, juice and there is milk’, says Stefan Duerr. ‘It has nothing in common with plant-based drinks except for the white colour. Then, why do we call them milk?’

Why, indeed? Why is it considered an equivalent to milk, and not juice, for example?

Traditionally, people take milk as an extremely beneficial product. This idea is literally embedded in our culture and genes. It is its nutritional value that the producers of plant-based beverages refer to when promoting their products.

Milk is a source of vital nutrients for human body, first and foremost, high-quality proteins, minerals and vitamins. Researchers from the University of Maine (USA) have proved that milk consumption has a positive impact on the brain function. However, for better memory and concentration, a diet should also include cheese, yoghurt and ice-cream.

‘Milk and dairy products are indispensable in the daily diet’, explains Marina Kopytko, Dietician, PhD, Head of Dietetics Department of a nutrition clinic. ‘According to the recommendations of WHO, an adult should have three dairy servings per day. For example, 200 grammes of milk and kefir and 100 grammes of quark.’

At the same time, WHO does not recommend consuming more than 100-150 grammes of plant-based drinks twice a week.

'Such beverages have special palatability traits’, continues Marina Kopytko. ‘They help make the menu more varied, in particular, for the people allergic to cow milk protein and those having lactase deficiency. The others shouldn’t fully substitute milk for the products made from grains, nuts or beans.’

Milk contains necessary amounts of calcium, which can also be sourced from plant products. However, specialists point out that the bioavailability of the calcium from these sources is totally different.

‘To get the same amount of calcium, you need to have plant drink five times as much as a glass of milk’, underlines Marina Kopytko. ‘It’s worth mentioning that some of those beverages are much higher in fat. For example, fat in almond milk can exceed 20-25 per cent per 100 grammes. Besides, I strongly recommend young women to take these ‘alternatives’ in moderation as they contain phytoestrogens, which can have adverse effects of the reproductive potential.’

Tricks of the trade

While with milk everything is clear, not many people know what the drinks in question are made from and how.

Let us examine the composition of an almond beverage, for instance: 2.3% almond, the rest is water, salt, sugar, B vitamins, stabilisers and emulsifiers. Beverages from rice, oats, soy basically have the same ingredients except for the relevant grain or beans and rapeseed or sunflower oil added. The shelf life of such products is approximately one year. Their price varies from over 100 rubles per litre for domestic brands to 200-300 rubles per litre for foreign ones. You are to draw your own conclusions.

We have no process regulations in place for the plant-based alternatives, consequently, their quality and safety depend only on how scrupulous the manufacturer is, which should cause concern.

‘To check non-dairy drinks, we need to use a tailor-made approach in terms of microbiological, hygienic and other parameters’, says Larisa Abdullayeva, Executive Secretary of the Technical Committee 470 “Milk and Dairy Products” affiliated with the Federal Technical Regulation and Metrology Agency. ‘For example, milk and plant beverage contain completely different amounts of mycotoxins (secondary metabolites produced by fungi). For plant-based beverages, the range of mycotoxins to be checked for should be much wider. Currently, we are not testing for the whole range, which poses a certain food safety hazard.’

The process of making the pseudo-milk is described on most of the labels. The grain/oatmeal/nuts/beans are soaked, ground, mixed with water, filtered, fortified with additives, pasteurised or sterilised and packaged. Good job, marketing specialists! Under the pretext of taking care of our health, they successfully sell us an overpriced product, whose most expensive component is its packaging!