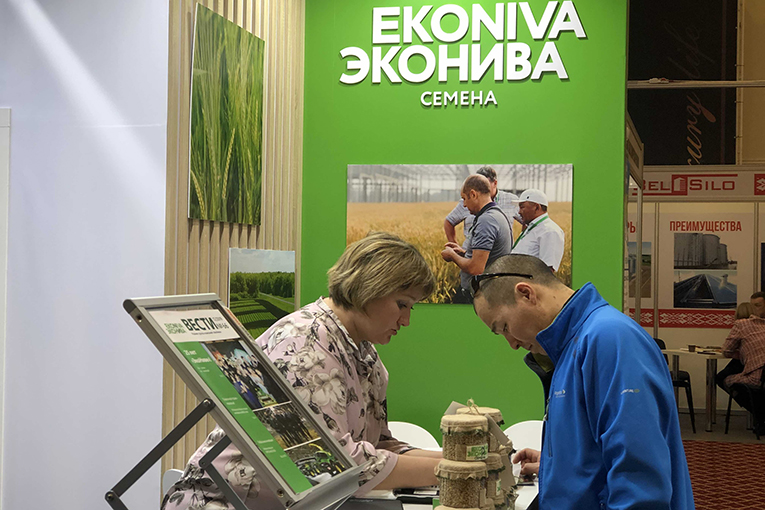 During the event, several hundreds of guests visited the company’s booth and a number of contracts were signed. EkoNiva-Semena has been working in Kazakhstan for more than 5 years. With every year, its popularity with Kazakh farmers grows. The first sales in 2014 were not very high – about 100 tonnes of seeds. Now the sales volume has increased several times. 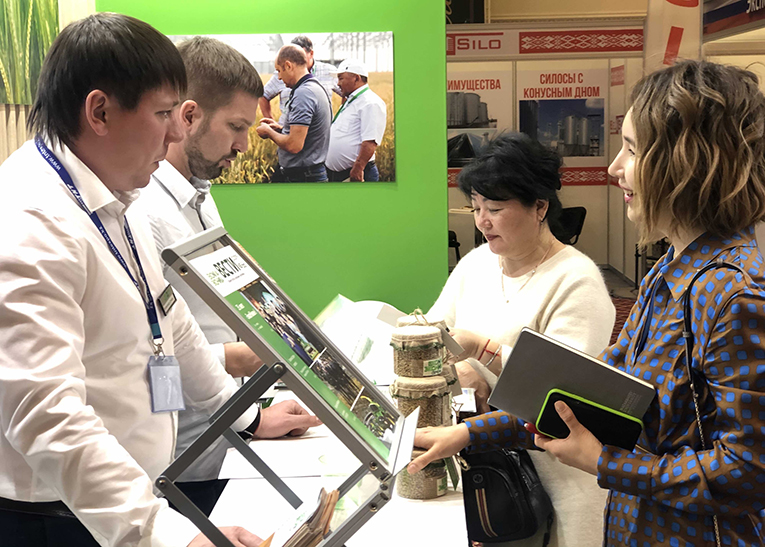 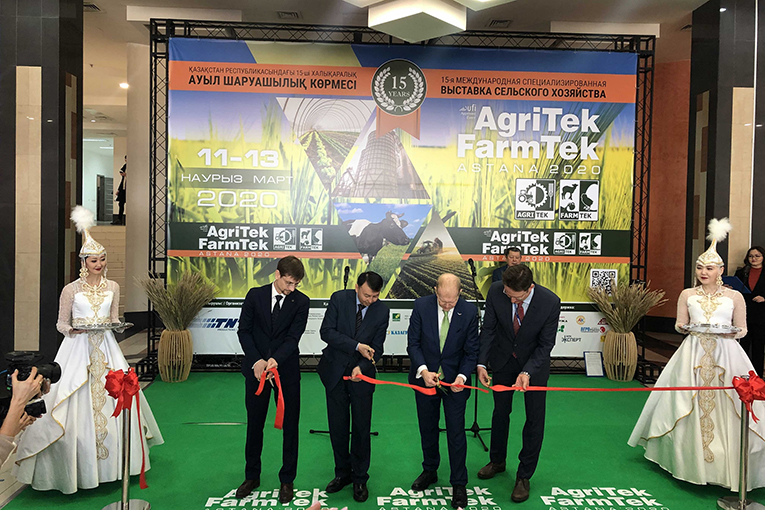 ‘Seeds are the source of life’, continues Daulet Mamyr. ‘Quality seed material ensures a good crop for the farmer, stable jobs for the local people and a good life for the rural area.’ Apart from cereal crops, EkoNiva-Semena offers peas (Rocket, Jackpot, Belmondo and Madras varieties), soybeans, which are becoming very popular with the Kazakh farmers, and a wide range of fodder grasses, including Dakota alfalfa, which has a very high protein content (20%) and can be harvested up to three times per season even in dry areas.