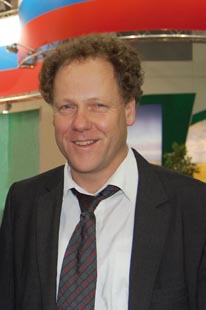 Nine out of the Top Ten Most Powerful Persons in Voronezh region as rated by Abireg are representatives of the government, the church, and politics. According to the results of the survey, the only businessman who managed to “break into” the Top Ten was Stefan Dürr, Director General of EkoNiva.

It is worth noting that he moved up from the 39th to the 8th position within one year. During this period, he was granted Russian citizenship and his name was mentioned in connection with the embargo on food imports from the West. It is considered that it was Stefan Dürr who suggested the idea of imposing reciprocal sanctions against the USA and European Union to the President.

Alexey Gordeev, the Governor of Voronezh region dominated the list, Alexandr Gusev, the Mayor of Voronezh came second. He went up 7 positions, from the 10th to the 2nd place. Viktor Shevtsov, the Head of Liski district, who is considered to have brought the district to the leading positions in the region, is ranked third.

The Top Ten List also includes Maxim Uvaydov, Vice-Chairman of the Regional Council and the Head of the Department of Land and Property Relations, Sergiy, Metropolitan of Voronezh and Liski, Gennady Makin, Vice-Governor and Secretary General; Eduard Boyakov, the Principal of VSAU, and Galina Karelova, Vice-Chairperson of the Federation Council and the Senator representing Voronezh region. She moved up from the 25th to the 9th position.

Alexandr Solovyov, Ex-Chairman of the Central Black Soil branch of Sberbank of Russia, completed the Top Ten list. During the year after his resignation, Mr. Solovyov’s position in the List went down dramatically: to the 10th place instead of the 2nd.