Prevention of a sharp jump in prices for dairy products in Russia has become one of the key issues discussed at the 12th Congress of the National Association of Milk Producers. Representatives of the dairy industry, relevant line agencies and ministries gathered to sum up the results of the Association's activities over the past year and establish the main short-term goals. As the tradition goes, the session was opened by Stefan Duerr, Chairman of the Management Board of Soyuzmoloko. 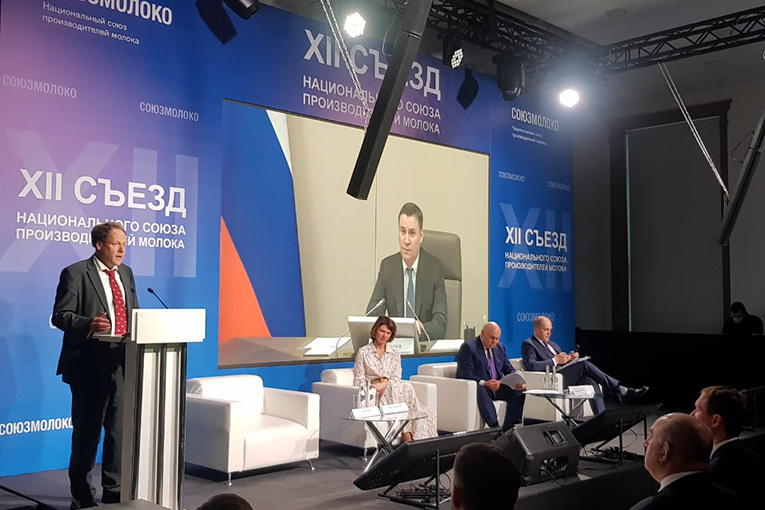 ‘In 2020, despite the pandemic, the dairy sector made great strides’, notes Stefan. ‘Owing to the state support, the demand for dairy produce has only risen. Clearly, the cost of raw milk production and processing has also increased. However, the government keeps taking the necessary measures in this field, for which we are most grateful. It is encouraging that the state and our industry have common priorities, and the major one is to prevent a sharp jump in prices for milk products on the shop shelves.’

The congress was attended by Dmitriy Patrushev, Minister of Agriculture of the Russian Federation. In his opening speech, he stressed that the government continues to stimulate the development of the dairy sector using a number of policy instruments. Last year, over 28 billion rubles was allocated for this purpose. In 2021, it is also planned to maintain all the existing support measures for agricultural producers such as subsidies, capital expenditures and soft loans.

‘As part of the additional backing for livestock enterprises and processors, the programme for the intended use of short-term loans has been expanded’, says the Minister. ‘From now on, they can be received for the purchase of grain, meals, premixes and amino acids for feed.’

It is worth noting that the milk production in the country in 2020 increased by 850 thousand tonnes and exceeded 32 million tonnes, which is an unmatched result in the past ten years. The milk yield also reached a record-breaking figure – over 6 thousand kg per cow. As for milk processing, the production of curds, butter, cheese and ice cream went up last year, according to experts. The manufacture of milk powder and fermented dairy products remained at the level of 2019.

‘We expect that milk production will amount to 32.6 million tonnes in 2021, and there is every chance of making it a reality’, emphasises Dmitriy Patrushev. ‘This will be possible with ensuring high-quality fodder supplies and improving genetics, among other things.’ 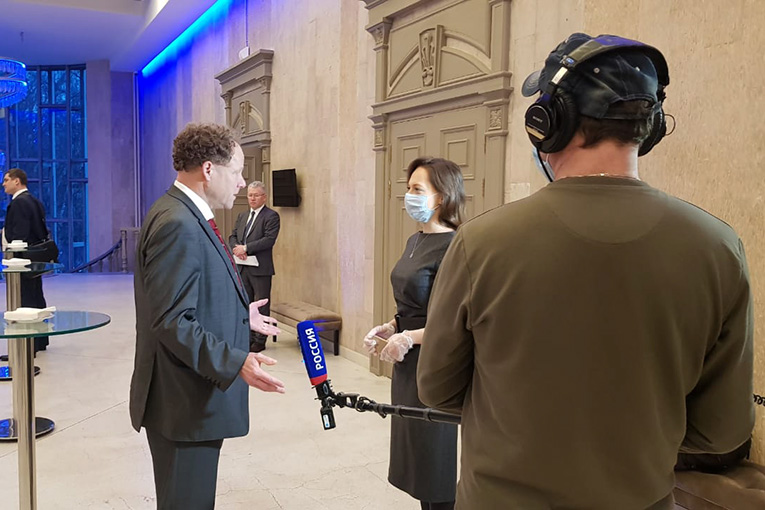 Over the past five years, the exports of dairy products have risen by a third. In 2020, they totalled $300 million, which is 12% more than in 2019. The work in foreign trade should be continued, but the main task is to enhance the domestic market, as the representatives of the ministry stress. According to the Food Security Doctrine, the level of self-sufficiency in milk and dairy products should reach at least 90%. So far, based on expert estimates, this figure is only slightly higher than 84%.

Within the framework of the congress, a heated discussion broke out about the issues of labelling. Looking back, voluntary labelling of dairy products was introduced in Russia on 20 January 2021. Industry enterprises are gearing up for the implementation of the initiative. From 1 June, product labelling will become mandatory. Dairy sector companies appealed to the representatives of the ministry with a request to adopt additional measures of business support as the costs associated with labelling will require a total of 12 billion rubles per year. The officials from the Ministry of Agriculture, in turn, brought forward proposals to the country’s Government to consider the possibility of reimbursing the dairy business for part of the labelling costs.