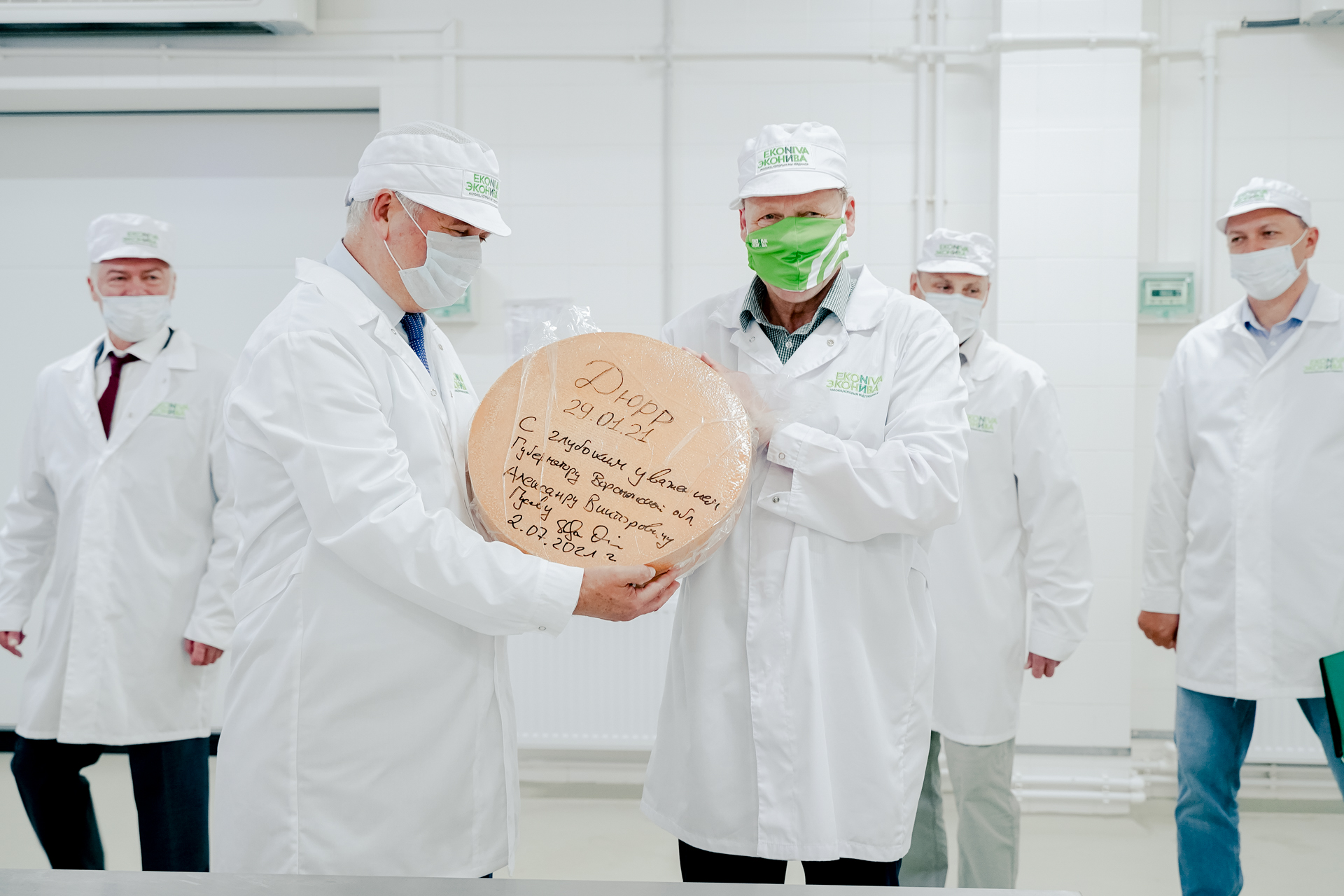 What do robots do on a cheese plant and how to produce a truly delicious cheese? Aleksandr Gusev, the Governor of Voronezh oblast, has received the answers to these questions when he paid a call to EkoNiva’s cheesery located in Shchuchye village in the vicinity of Voronezh.

One hundred million tonnes of milk per year – is it a reality or a fantasy? The 12th Dairy Olympiad has got under way in Novorossiysk, where the market players gathered to highlight the burning issues of the milk industry.

EkoNiva-Semena has participated in AgroExpoCrimea 2021, a specialised agricultural trade fair which took place in Yalta. The peninsula farmers had a chance to become familiar with a wide range of seeds of various crops and achievements of the company’s in-house plant breeding programme for winter wheat, where draught-resistant varieties were in the limelight.

A group of comprehensive school students from Yermekeyevo, the Republic of Bashkortostan, has taken a tour of Semyono-Makarovo dairy.

An annual agricultural conference devoted to the upcoming spring field works was held in Novosibirsk oblast. This time, Cherepanovo enterprise, which is part of Sibirskaya Niva, became the meeting place for the local farmers. More than 70 managers and chief specialists of agricultural companies from all over the district gathered to discuss plans for the future season, as well as to see how Ogneva Zaimka dairy operates.

EkoNiva helps the youth to find their way in life – students from agricultural universities have visited Ognyova Zaimka dairy and a service centre at EkoNivaSibir in Cherepanovo district, Novosibirsk oblast.

The past 5 years has been a period of intensive development for EkoNiva. Large-scale investments in dairy farming and processing have born fruit.

From 5th to 10th April, Ufa, the capital of Republic of Bashkortostan, hosted the Russian Para Swimming Championship for 254 athletes from 39 regions. Voronezh oblast was represented by a native of Liski district Darya Mayborodina.

A panel discussion on the results and prospects of developing organic production in Russia has been held as part of Prodexpo 2021, a food trade show. Among the event attendees were organic pioneers, representatives of the Federation Council and Roskachestvo (Russian Quality System organisation) and Deputy Minister of Agriculture Maksim Uvaydov.