The German-Russian Economic Union together with EkoNiva have procured new medical equipment for a district hospital located in Vorobyovka village, Voronezh oblast.

In early 2020, local authorities assigned 17 million rubles for сapital repairs and refurbishment of the hospital in the framework of the regional programme for health care development in Voronezh oblast. The conditions in this medical facility used to be unsatisfactory for 16.000 inhabitants of the district, to put it mildly, but at present the upgraded facility is finally renovated and admits over 250 patients a day.

‘Besides the local authorities, EkoNiva and the German-Russian Economic Union have responded to our request’, says Mikhail Gordiyenko, Head of Vorobyovka district. ‘It is not the first time EkoNiva has given us a helping hand – last year the company equipped the dentist’s office. Now, the agricultural holding and the Union presented us with the required equipment worth of 1.5 million rubles for diagnosing people who suffer from diabetes and cardiovascular diseases. We are sure this will allow for preventive treatment and contribute to the health of our citizens.’ 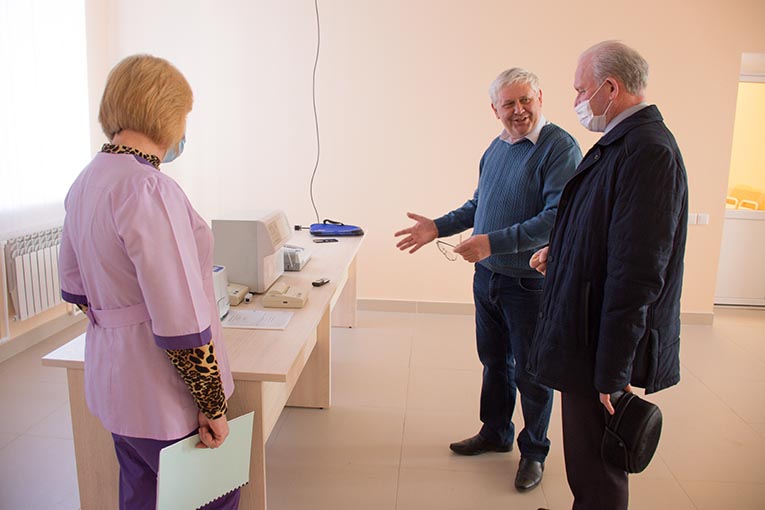 The German-Russian Economic Union is an independent organisation representing interests of medium-sized businesses in all Russian and German industries. The Union promotes reinforcement of the positive image of German enterprises operating in Russia and cooperating with Russian companies. These bonds facilitate establishing long-term relations between the two countries.

‘We are on good terms with the Voronezh authorities and businesspeople’, relates Thomas Overbeck, President of the German-Russian Economic Union. ‘We have paid calls there twice with German delegations and given a reception in Hamburg for the members of the regional administration a few times. The project of support to Vorobyovka district hospital has become the first experience of this kind for us. In the future, we are ready to provide backing for similar acts of charity together with German business representatives.’

Tomorrow, a new Holter monitor is to start functioning in the general practitioner’s office. This device is intended for uninterrupted cardiac monitoring for one day or a more extended period thus exposing potentially dangerous conditions and detecting pathologies at the earliest stages of their development. 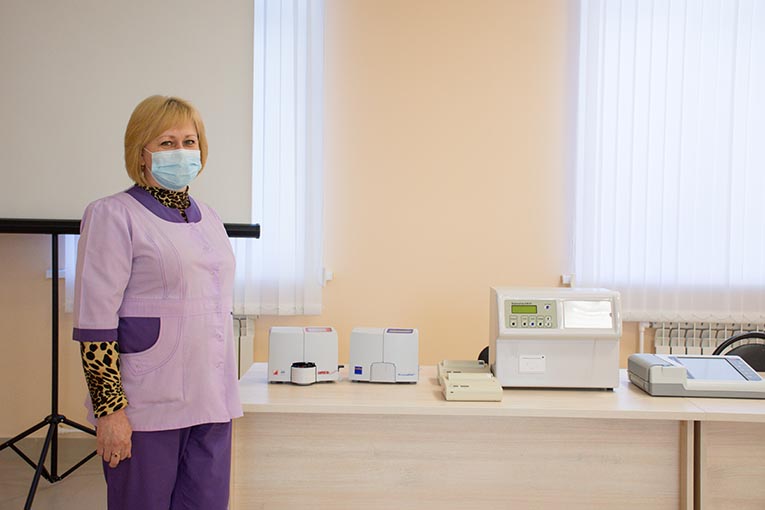 ‘Year by year, our laboratory equipment gets outdated’, comments Nikolay Tatsenko, Head of the Outpatient Clinic of Vorobyovka district hospital. ‘That is why we needed new biochemical express analysers for estimating glycated haemoglobin, glucose and lactate. The new apparatuses are highly accurate and their performance is up to 180 samples per hour. From now on our lab will be able to work much faster.’

The laboratory has also been equipped with an automatic haematology analyser which is designed for measuring the concentration of sodium, potassium, calcium ions in serum, plasma and whole blood. The appliance comes with maintenance-free electrodes, which means no servicing is required throughout their entire lifespan.

‘Today, the engineers are going to install all the equipment and tomorrow our doctors will get down to working with the new equipment’, concludes Mikhail Gordiyenko. ‘Words can’t say how grateful we are to EkoNiva and the German-Russian Economic Union for their generous contribution to the development of our regional medicine.’