For the first time ever, EkoNiva Group has taken part in Gulfood 2021 in Dubai, the world's largest annual food and beverage trade fair in the Gulf region. This year, the 26th exhibition became the first international event held offline after the lockdown and gathered about 2,500 companies from 85 countries from around the globe. Under the auspices of the Russian Export Centre, 22 Russian producers participated in Gulfood 2021. Over the five days, the Russian exporters conducted numerous meetings and negotiations with potential buyers. 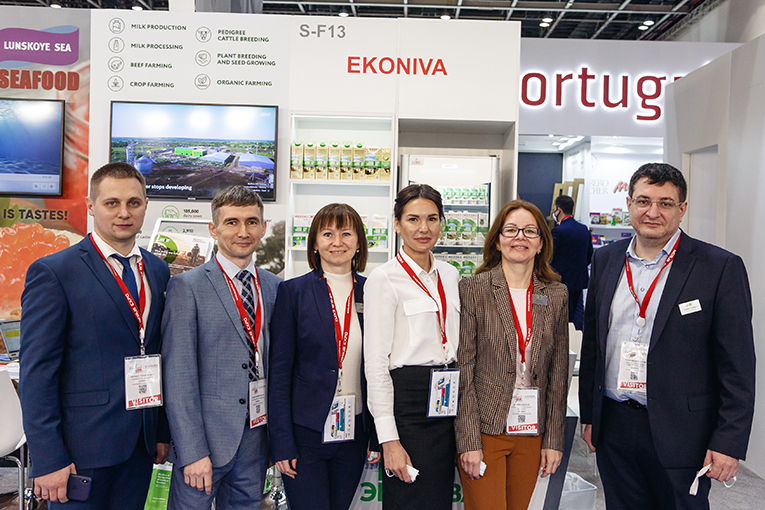 ‘The countries of the Middle East and the Persian Gulf show great interest in Russian produce’, says Sergey Vologodskiy, Vice President of the Russian Export Centre. ‘And it’s no wonder as our products meet the highest standards. In Russia, genetically modified crops are banned and the application of chemicals, fertilisers and pharmaceuticals is under strict control, which ensures the quality and safety of the Russian agricultural produce.’ ‘One of our primary goals is to expand into overseas markets and the Middle East market is of great interest’, says Vladimir Danielyan, Deputy Commercial Director of EkoNiva-APK Holding. ‘At Gulfood exhibition, we’ve held negotiations with over 70 companies, had a productive dialogue with importers and distributors of UHT milk and large retail chains in the United Arab Emirates: Carrefour, Lulu and Spinneys, and discussed the major trends in the eastern market, such as an increasing popularity of organic milk.’ As compared to livestock farming products, seeds and commercial grain were displayed only by EkoNiva-Semena at Gulfood 2021. 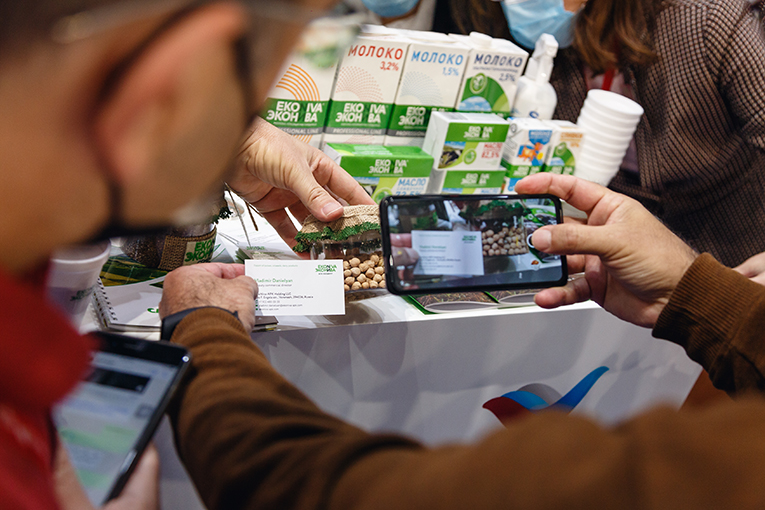 ‘The guests from Ethiopia, Pakistan, Saudi Arabia and Iraq have showed great interest in our seeds, chickpeas, flax and wheat’, continues Vladimir Danielyan. ‘Dubai made it possible to present our crop produce and discuss business opportunities with medium-sized and large traders and processing companies from Turkey, India and the UAE. Among the topics covered were plans for exporting pulses and oilseeds in 2021 and potential cooperation. We also exchanged views on the global market of commercial grain.’ To retain and strengthen its competitive edge in the foreign markets is one of EkoNiva’s top priorities. At this stage, company’s objective is to extend the range of exported products and the list of countries importing its products.