The past 5 years has been a period of intensive development for EkoNiva. Large-scale investments in dairy farming and processing have born fruit. 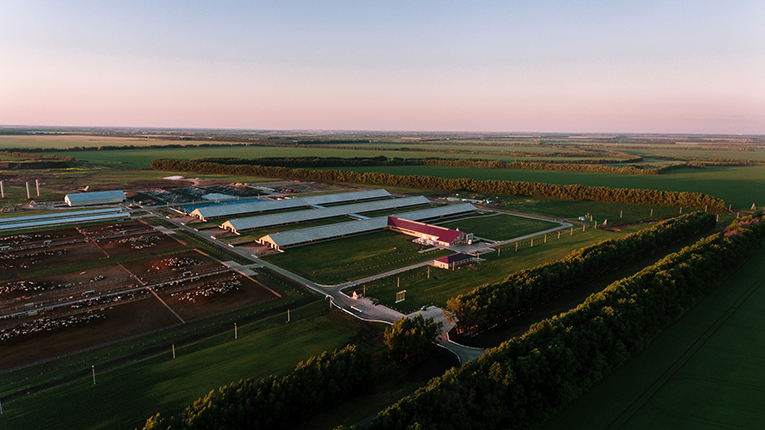 The company has strengthened its leadership in the raw milk market. From 2017 until 2020, EkoNiva built and launched a number of dairies for 64,500 cows in total. Currently, the company has 110,000 head of dairy cows housed at 41 dairies in 9 regions of Russia. The daily milk yield exceeds 3,100 tonnes. In 2020, 6% of all Russian milk was produced on EkoNiva’s farms. The company’s contribution to the total salable milk production in the country in the period from 2017 until 2020 amounted to 24%. EkoNiva operates in 13 regions of Russia farming 630,000 ha of land.

Upgrading of the processing facilities in Kaluga and Voronezh oblasts has allowed the company to expand its product portfolio and increase the processing volume, which currently approximates 500 tonnes of milk per day. This year, EkoNiva launched a cheese plant in Voronezh oblast with a daily processing capacity of 60 tonnes of milk. Within no more than two years, the EKONIVA brand has entered the largest and the most popular federal retail chains. EKONIVA products are now available on shop shelves of many cities of Russia.

Last June, the company made a decision to slow down its growth concentrating on milk processing and promotion of its own brand to become a fully integrated dairy product manufacturer. The company is optimising its staff number to boost milk production efficiency. 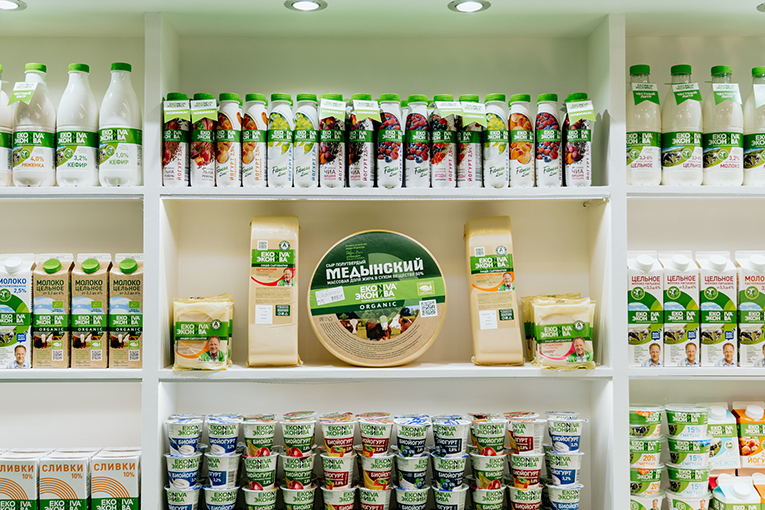 EkoNiva is currently planning to complete the construction of three dairies in Moscow, oblast, Tatarstan and Bashkortostan – in total, for 9,900 cows. The implementation schedule of other investment projects is to be adjusted.

The sown area has grown by 43,000 ha as compared to the previous years due to the reclamation of previously unused land. The company is making significant process in digitalisation of the agricultural industry developing in-house smart farming solutions. EkoCrop app is one of the digital systems for crop production created and implemented by the company. The app accumulates all relevant information on field work and crop development, allowing prompt decision making based on the data obtained from the system.

Development of dairy exports is one of the current priorities of EkoNiva. The total of six lots of UHT milk has been exported to China. The company has signed contracts for the delivery of 13 more containers until mid-May. The monthly exports are planned to be increased to 50 lots, with a total volume of over one thousand tonnes.

EkoNiva demonstrates good performance in the area of seed production. Sales of certified seeds produced by the company have doubled reaching 86,000 tonnes, including 11,000 tonnes for internal use, which makes EkoNiva the largest seed producer in Russia. The total revenue from seed sales stands at 2.6 billion rub. Among high-demand varieties are Cepheus, EN Taigeta and EN Albireo winter wheats and EN Argenta soybeans bred in-house and recently included in the State register. The company makes a substantial contribution to the import substitution strategy implemented by the government.

Along with seed production, the company is engaged in seed exports. In the farming season 2020-2021, 7,100 tonnes of seeds have been delivered to Armenia, Azerbaijan, Belarus, Ethiopia, Kazakhstan, Kyrgyzstan, Uzbekistan and Mongolia. 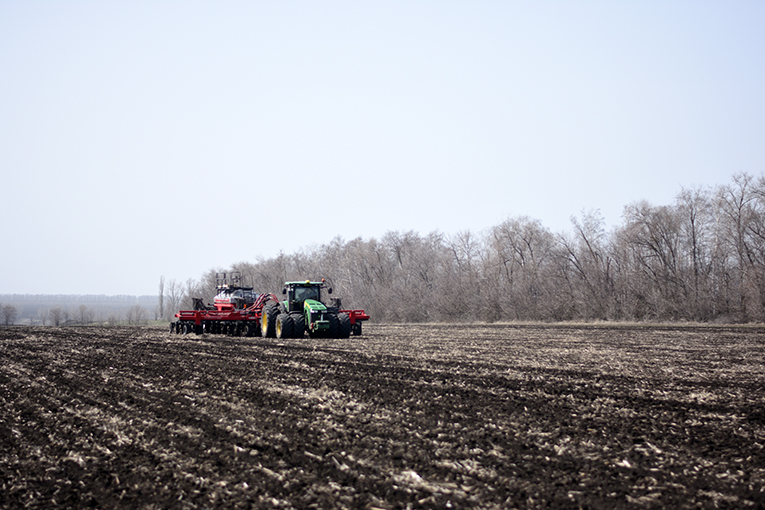 ‘At the beginning of January, we approved a business model, which seemed too ambitious to many people’, says Stefan Duerr, EkoNiva Group President. ‘However, the preliminary data for the first quarter shows that we are exceeding even the ambitious numbers set in the model: EBITDA in the first quarter of 2021 exceeds the plan by 600 million.’

The head of the company considers that it became possible due to a well-thought strategy of production efficiency improvement and business process optimisation, which is proved by hard numbers.

Based on the preliminary data, the total output of EkoNiva in 2020 is significantly higher than in 2019. EBITDA is expected in the range of 180-200 million euro (in 2019: 167 million euro). The financial liabilities under loans and Eurobonds have been duly serviced on time.

Stefan Duerr observed that there has been no seasonal drop in milk prices this year. On the contrary, the purchase price is growing. The company President expects milk prices to go up by 6-8 per cent by the end of the year as compared to the average price in the first quarter of 2021.

‘In the challenging market conditions caused by low purchasing power of the population and rouble devaluation, we are planning to put even more efforts into enhancing our production efficiency’, emphasised Stefan Duerr.