Around 1,200 gallons of leafcutter bees, which is equivalent to approximately 12 million larvae, has arrived at Zashchitnoye, Kursk oblast, following the shipment from Canada to Russia by a temperature-controlled air freight. This kind of bees is a must-have for every livestock farming operation since they are second to none at cross-pollinating alfalfa on an industrial scale, thus dramatically increasing alfalfa seed yield. 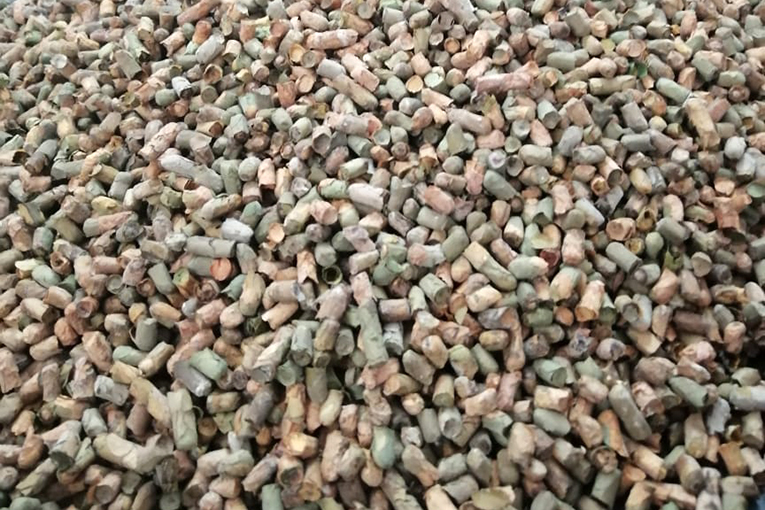 Currently in its third year, the unique project involving leafcutter bees is gaining traction. It all started when a test lot comprising around 5 million bee larvae – precisely the number required to pollinate the 65-ha plot under alfalfa – was delivered from Canada to Zashchitnoye enterprise in 2019, something which had never been done in Russia before. A year later, the decision was made to massively expand the scale of the project. With that in mind, 30 million bees were imported.

‘The pilot project has proved highly efficient’, says Andrey Straub, PhD in Agricultural Sciences, Project Manager. ‘With these pollinators, the alfalfa seed yield has tripled. The potential is enormous. In the nearest future, we expect to harvest five times more seeds.’

The secret behind the success of leafcutter bees is simple. Alfalfa is the richest in protein and fastest growing forage crop, yet its seed production is complicated, as it is a cross-pollinated plant and requires insects, particularly wild solitary or honey bees, to reproduce. 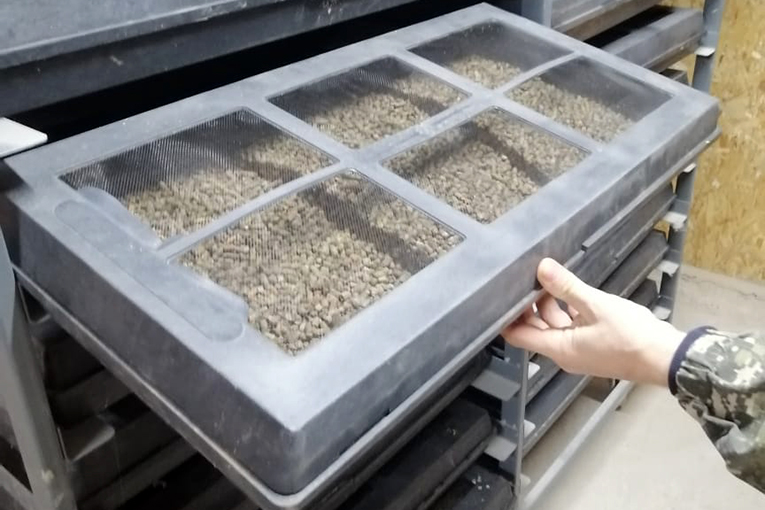 In this crop, both the style and the stigma are locked inside the flower during blooming. When the insect lands on the flower and tries to open it, the keel petal separates and the stamen, which is under tension, is released with a snap, hurting the insect.

For this reason, the most widespread pollinators, honey bees, are quite reluctant to visit alfalfa. And even if they do, they collect the nectar from the side, bypassing the whole pollination mechanism to avoid getting hurt.

Wild solitary bees, such as leafcutter bees, on the contrary, are not bothered by the tripping flowers and pollinate them with gusto. Canadian farmers have learned to reproduce them specifically for alfalfa pollination, not only meeting their own demand, but also exporting the beneficial insects to the USA and other countries. In this country, the technology was studied in depth in specialised scientific research institutes in the 70s-80s of the 20th, but only in the course of small trials. The management of EkoNiva made the decision to go ahead with the large-scale project. 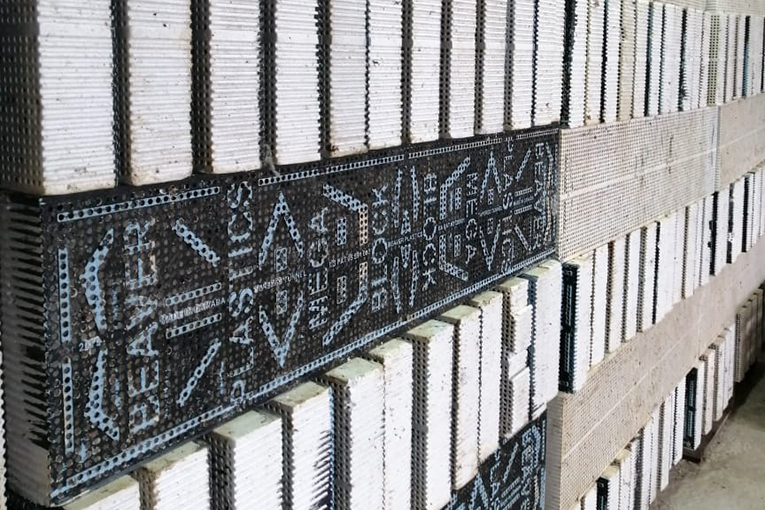 ‘Unlike honey bees, leafcutter bees do not cover large distances’, continues Andrey Straub. ‘For this reason, they accept alfalfa readily when it is the closest and most abundant flowering plant. They skillfully open the flower and collect the pollen, thereby pollinating alfalfa and bringing significant benefit to the farmers.

Unfortunately, the lifespan of female bees is only two months, that of the males is even less. Nonetheless, this period is enough for the bees to leave progeny.

From the very first days of their lives, leafcutter bees strive to perpetuate their species: they construct and line the cells in the nests – long round holes 6 mm in diameter – with cut-out pieces of leaves. The nests are located in special poly blocks.

Each tunnel can accommodate up to 7 larvae in individual cocoons. A bee can fill up to four such nests providing each offspring with the precious pollen to feed on. In winter, the larvae are harvested from the nests with the help of extracting equipment, separated from the chaff and into single cocoons. They overwinter in a chamber where the temperature of +8° C is maintained.

‘Last year, our bees produced 1,080 gallons of progeny, i.e. over 10 million larvae’, shares Andrey Straub, ’which is not enough. So far, we have to buy extra bees in Canada. Our immediate objective is to set up in-house reproduction. We are right on track with the goal. Last year, a positive reproduction rate was achieved at Zashchitnoye.’

Over 300 ha under alfalfa has been allocated for the project in total. This season, the major site is EkoNivaAgro-East operation (Voronezh oblast), where the precious pollinators are already working hard for the common good.