Fyodor Konyukhov, a world-famous Russian traveller, spent a day at EkoNiva facilities in Kaluga oblast learning about modern dairy cow and calf care, milk processing and dairy production and discussing the details of his coming expedition with the Company President Stefan Duerr. In December, the traveller is planning to attempt the first solo crossing of the Pacific Ocean aboard a solar-powered catamaran. EkoNiva is one of the sponsors of this project. 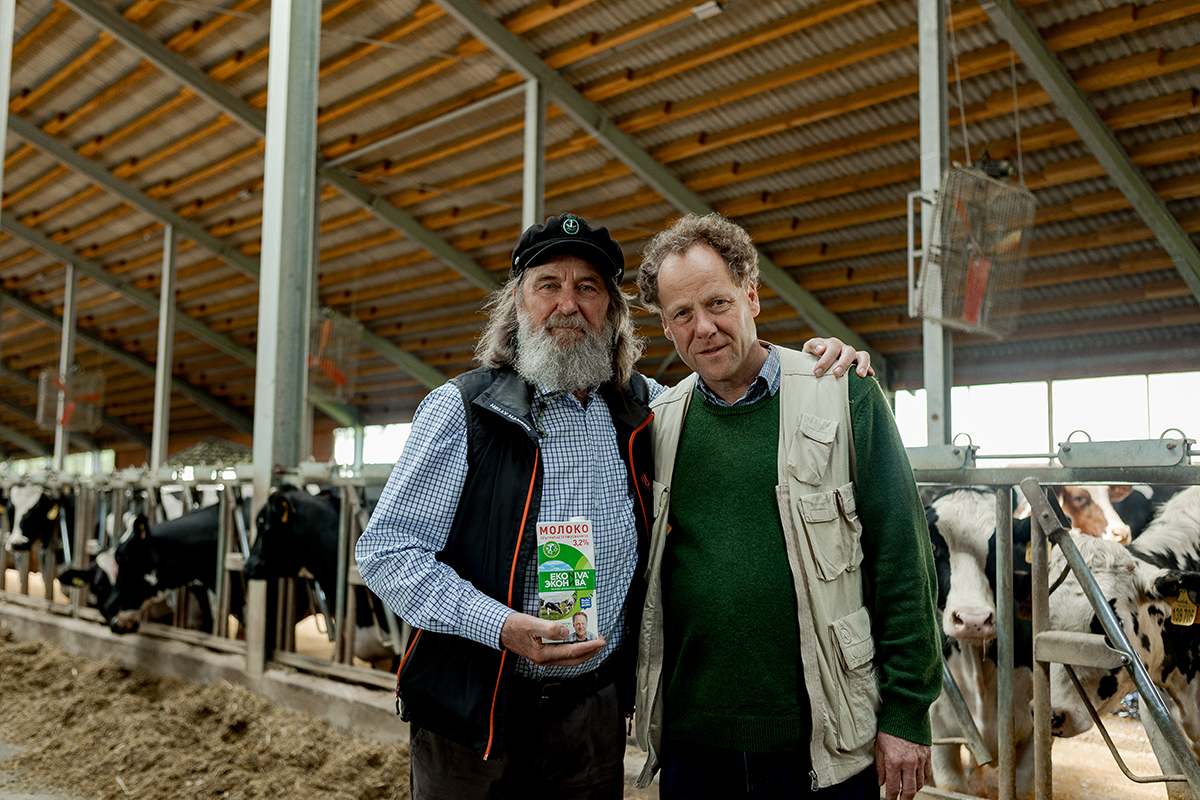 Stefan Duerr, President of EkoNiva Group, warmly welcomed the honoured guests - Fyodor Konyukhov, his son Oskar, coordinator of all of his father’s projects, grandson Arkadiy and Mikhail Melikov, Travel Centre Manager – at Ulanovo dairy. During the farm tour, the visitors had an insight into the inner workings of the 2,800-cow dairy: from the maternity pen to the milking parlour. Fyodor is no stranger to dairy farming: his family used to have cows, so he worked as a herdsman until he was 16 years old.

‘This is the farm of the 21st century’, shares his impressions Fyodor. ‘It is a pleasure to see the results of Stefan’s endeavour – he has brought the best from his nation to set up a cutting-edge production process in Russia. It is a very noble mission to provide people with natural dairy products on a daily basis. I am very happy to be supported by EkoNiva during my expedition.’

The guests expressed a keen interest in the production processes, veterinary procedures and the technological know-how. Fyodor Konyukhov is building a village in Tula oblast, where he is planning to start sheep farming and launch some other agricultural projects. 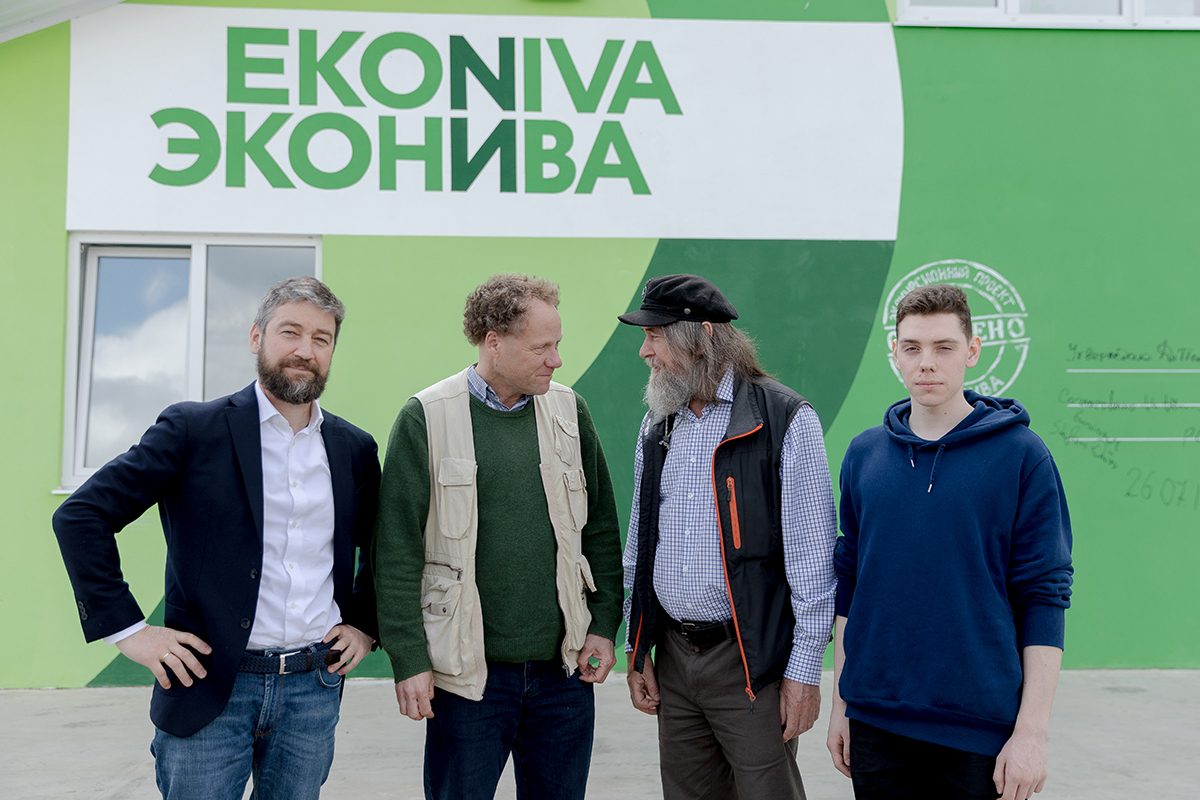 ‘I am also considering taking up horse breeding, for what is Konyukhov (Translator’s note – in Russian, the family name Konyukhov comes from the word konyukh meaning ‘groom’) without a horse’, says Fyodor with a smile.

Fyodor enjoys dairy produce and likes to start his day with a wholesome breakfast consisting of curds with sour cream while Irina, Fyodor’s wife, complements her breakfast with cheese and butter. To see how EkoNiva makes all these products, the guests paid a visit to the company’s milk processing plant in Medyn, Kaluga oblast.

Fresh milk is delivered from the dairy farms located in the vicinity of the plant to produce approx. 70 SKUs under the EKONIVA brand, including organic milk and cheese. About 200 tonnes of top-grade raw milk is processed at the plant every day. The traveler was impressed with the cutting-edge equipment and a wide product range.

‘I will recall this visit every time I drink my coffee with EKONIVA milk’, shares Fyodor.

After meeting in person and getting to know each other, Fyodor Konyukhov and Stefan Duerr unanimously agreed that it was the right decision to become join efforts for the upcoming expedition.

The first solo crossing of the Pacific Ocean is scheduled to start on 12 December, 2021, which will be the traveller’s 70th birthday. Fyodor Konyukhov will set sail from the coast of Chile aboard a solar-powered catamaran NOVA. The distance amounts to around 9,000 nautical miles. The trip to Australia will take up to 100 days. 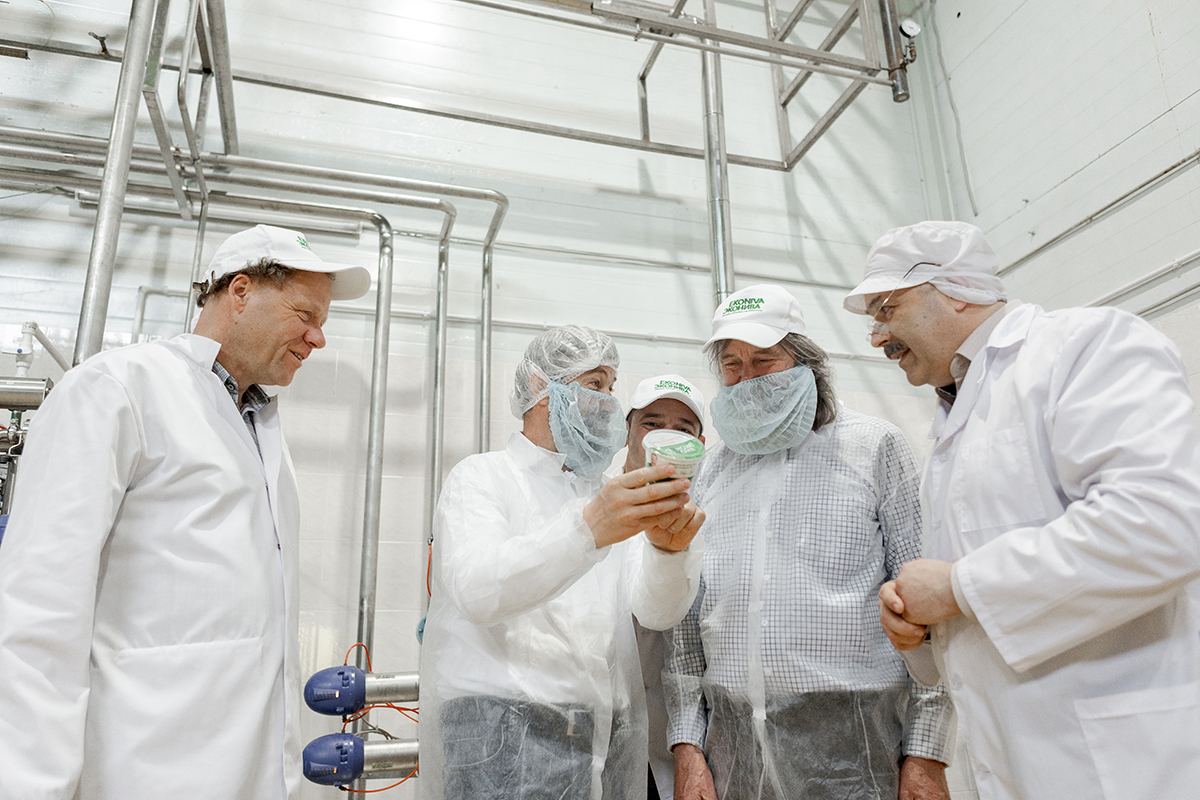 ‘The construction of the unique catamaran is currently underway at a UK shipyard’, comments Oskar Konyukhov. ‘The vessel is made of carbon fibre manufactured in Russia. The solar batteries, also produced by a domestic manufacturer, proved effective during father’s rowboat crossing of the Pacific Ocean in 2019.’

The catamaran NOVA was designed as a research vessel. Fyodor will make ecological observations of the ocean water, daily noting the presence of plastic waste in the ocean. The monitoring will enable specialists to assess the extent of microplastic contamination of the area covered by Fyodor and conduct further research via mathematical modelling.

Fyodor Konyukhov’s food stock during the transpacific crossing is going to include EKONIVA UHT milk in 0.2 l eco-packaging.

‘With the environmental focus of the expedition in mind, Tetra Pak has developed special sustainable packaging’, states Natalya Starkina, Marketing Division Manager, EkoNiva-Food. ‘It is made from not less than 70% renewable materials and is 100% recyclable, which enables the manufacturer to cut his carbon footprint in half. We believe the packaging will preserve the authentic taste of our milk and withstand any storms.’ 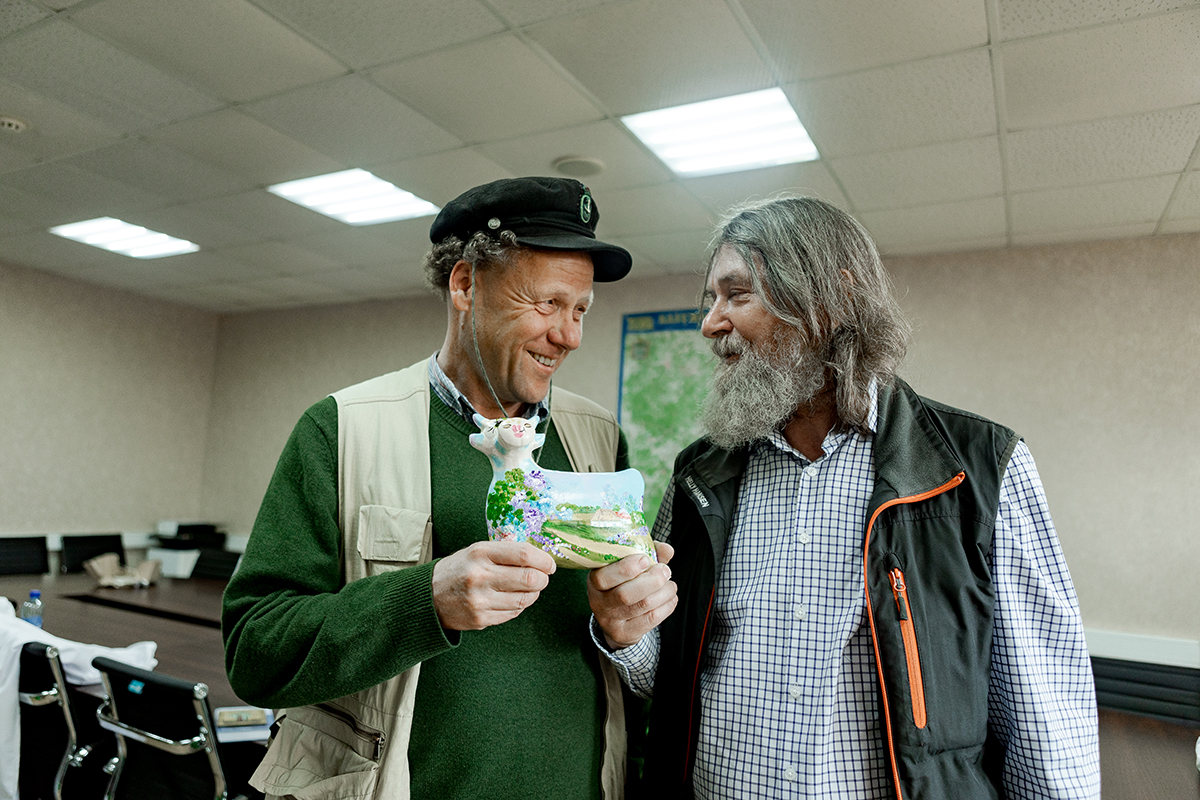 As the meeting drew to a close, Fyodor Konyukhov invited Stefan Duerr to join him on an expedition across the Atlantic or to fly in a hot-air balloon into the stratosphere. Stefan promised to think about it.

‘I have been greatly inspired by Fyodor Konyukhov and I am glad that we have become partners’, shares Stefan Duerr. ‘We are kindred spirits since we share the same values: honesty and patriotism without fanaticism. We are always searching for unique opportunities, blazing new trails no one has ever stepped on. If you row the same way in the same boat, you cannot break a new record. You have to keep coming up with new ideas. This is true not only for travellers, but for businessmen as well. It is impossible to develop without taking new approaches and pushing the existing boundaries. However, it is important not to fool yourself into thinking that a single super idea will settle everything. No ambitious goal can be reached without routine work.’