Combines are starting to roll in the fields of the organic farming enterprise Savinskaya Niva. The total area to be harvested amounts to 3,150 hectares. 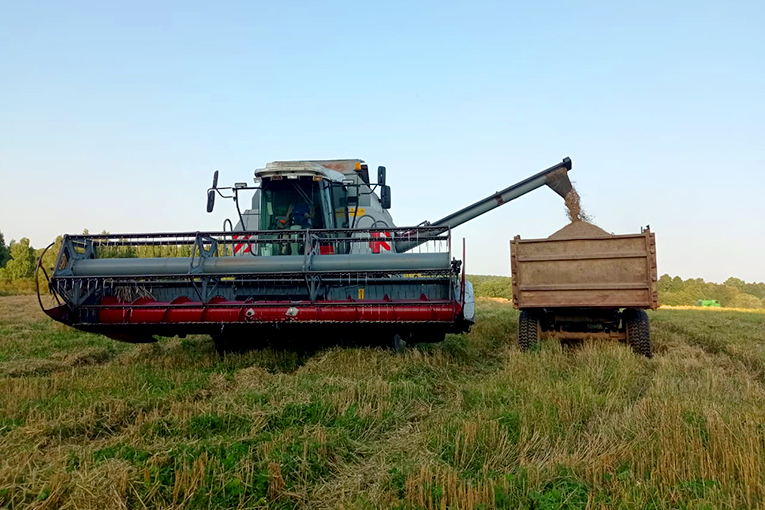 The farmland under spelt, an export crop, amounts to 130 ha, of which 60 ha has already been reaped. Next, they will begin to cut organic rye, wheat, oats, buckwheat and – further down the line – maize for silage.

‘The third cut of perennial grasses has been planned for the late August’, says Ivan Golikov, Executive Director of Savinskaya Niva. ‘We’ve got a wide variety of them: alfalfa, red clover, bird’s-foot trefoil, Festulolium. The mixture of these wholesome plants is used as the cow foodstuff in the wintertime, which ensures the signature taste of EKONIVA organic milk year-round.’ 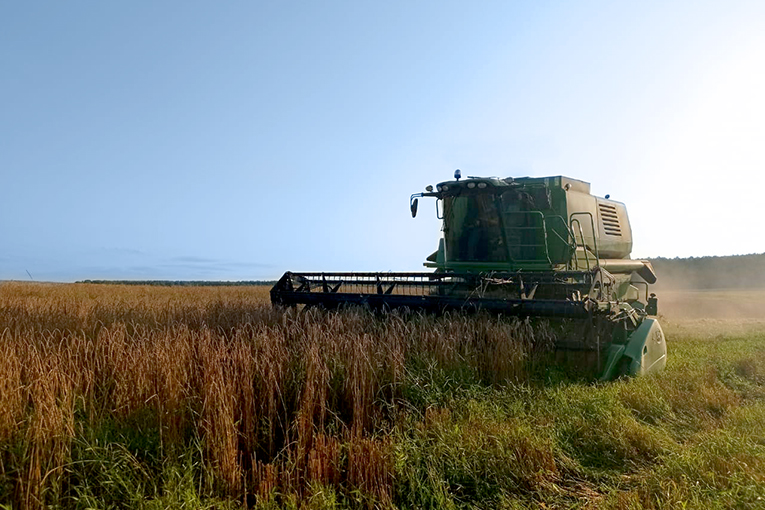 Savinskaya Niva, a part of EkoNiva Group, has been engaged in organic production since 2012. Currently, the total farmland amounts to 6,000 ha, the cow-calf operation comprises 470 head of the nucleus herd and the dairy herd numbers 246 head. The core areas of activity are crop production, beef and dairy farming. All products are certified as organic. The certification is performed in accordance with the standard EC 834/2007 and the interstate standard GOST 33980-2016. The organic milk is processed at an in-house dairy plant and is sold under the EKONIVA brand.