EkoNiva has increased the winter crop area by more than 30%: 73,000 hectares against 56,000 hectares in the previous year. 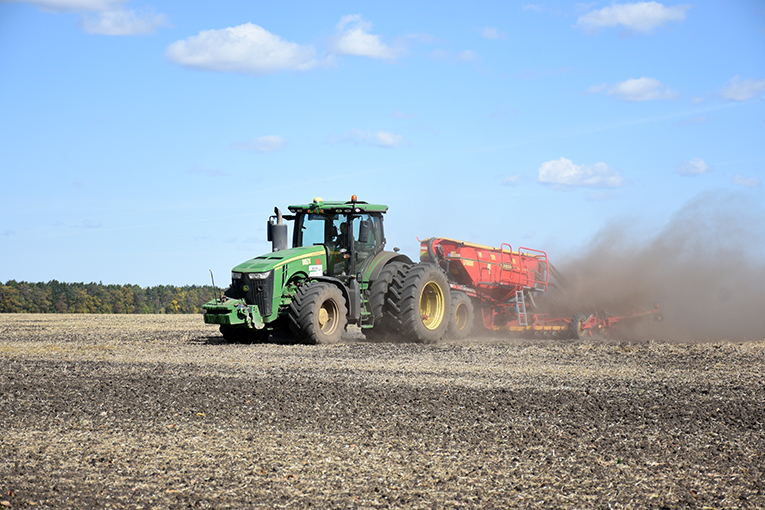 The majority of winter crops have been planted on larger areas. For example, winter wheat is now grown on 61,300 ha (+68% to the previous year area), including over 100 ha sown with varieties of own breeding: EN Albireo and EN Taygeta. The rye area has doubled reaching 2,600 ha. The triticale area has expanded sevenfold – to 2,200 ha. Whereas in the previous year the crop was used solely as seed material, the yield 2022 will serve as cattle feed.

Oilseeds production has also gone up: for example, this year, EkoNiva has doubled the winter camelina area. It was first sown at Severnaya Niva a year ago on 2,500 ha; now it occupies 6,000 ha. Camelina is easy to grow; at the same time, it boasts quite a high profitability and a good demand. In favourable weather conditions, a farm can achieve the yield of 2 tonnes per hectare. Winter rapeseed has only been included in EkoNiva’s portfolio this year. The crop is grown on 800 ha at Kaluzhskaya Niva.

‘On the whole, we have managed to finish the sowing campaign in due time although the weather was not very encouraging at the start. The crops demonstrate even emergence in all regions of EkoNiva. We expect at least 10 warm days – this will be enough for the winter crops to start tillering’, comments Aleksandr Anpilov, Crop Production Director, EkoNiva-APK Holding.