Savinskaya Niva, EkoNiva’s organic operation situated in Kaluga oblast, is intending to stockpile 1,000 tonnes of organic maize silage which yield capacity makes 13,53 tonnes per hectare. The preparation started on September 30. So far, more than 500 tonnes of green mass have been reaped, while plans are afoot to harvest 100 hectares. 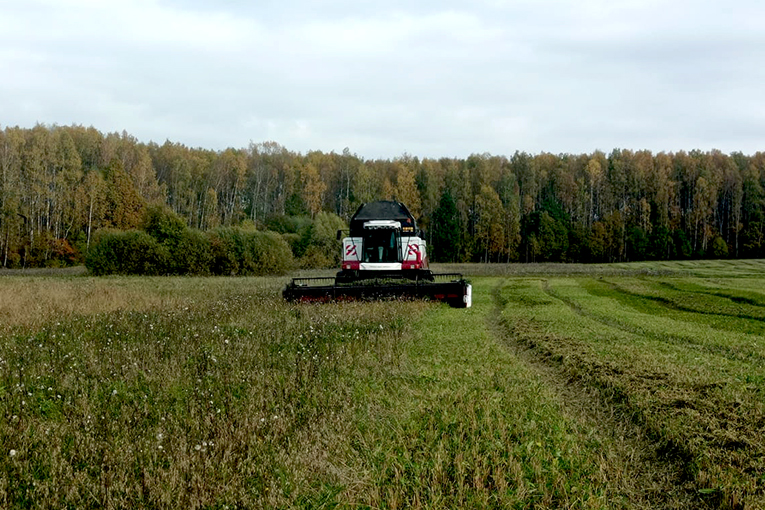 The maize silage serves as fodder for the cows of Simmental and Ayrshire breeds – 325 head of cattle are kept at Savinskaya Niva, 235 of which are dairy cows. In addition, the reaping of organic oats is about to finish at the farm: they harvested 240 hectares out of the planned 280 ha and threshed 308 tonnes of oats. The most part of this crop will be used as fodder for meat animals and roughly 30% is going to be sold to third-party consumers.

‘When it’s warm outside, the animals at our organic operation graze on pastures eating juicy grasses. In winter, their ration consists of certified organic forages produced in-house, namely hay, silage, oat and wheat flours. Thus, the cows have a well-balanced nutrition all year round’, shares Aleksandr Yeryomenko, Herd Manager of Savinskaya Niva.

EkoNiva launched organic production in the pristine area of Kaluga oblast in 2012. The entire product range of crop and dairy farming is certified in accordance with Russian and European standards for organic agricultural practices.