The largest Russian milk producer EkoNiva Group has increased the size of the dairy herd on its organic farm in Kaluga oblast. In early March, Savinskaya Niva dairy received 139 new heifers of Black-and-White, Red-and-White, Swiss, Simmental and Ayrshire breeds. The animals were delivered from Kaluzhskaya Niva, another enterprise within the holding. 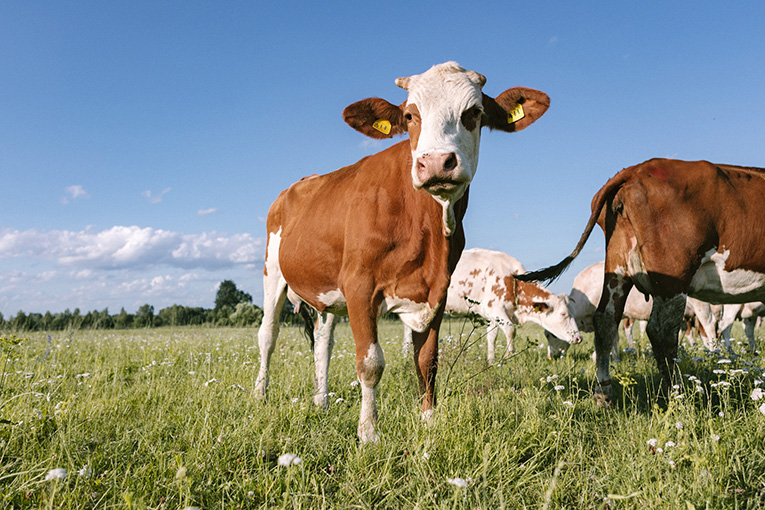 ‘At present, there are no organic cattle on the market. For this reason, we have received an official permit from the certification bodies to relocate animals from herds in our free-stall dairy facilities’, says Karolina Vasilyeva, Head of Milk Quality Сontrol Department for Processing and Organic Farming at EkoNiva-APK Holding.

For six months, the cows will go through a conversion period, when they will adapt to the clean environment of their new home. Here, the animals will wander the fields untethered grazing on natural and cultivated pastures, feeding only on organic fodder grown in Savinskaya Niva.

Now, the heifers are kept separately from the main organic herd. The calving season is expected to begin by September when their milk will fully meet all the organic standards.

Without the newly arrived animals, the dairy herd of Savinskaya Niva amounts to 250 cows, including 190 milking cows. The daily output of the farm is 2.3 tonnes of organic raw milk. The herd expansion and its transition to lactation will allow the enterprise to increase the yield by 50% — up to 3.5 tonnes per day. 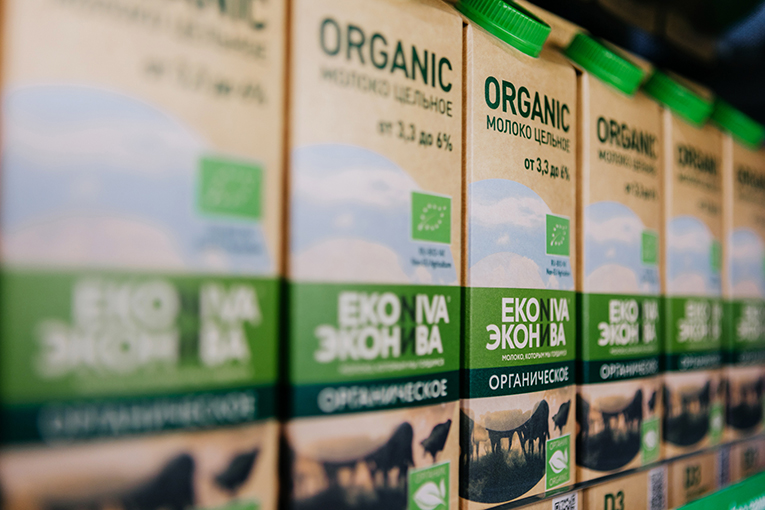 The organic raw milk from Savinskaya Niva is processed at MosMedynagroprom certified according to the European and Russian organic production standards — a plant within the Group in Kaluga oblast. Since 2019, it has produced pasteurised EkoNiva ORGANIC milk, and since February this year — organic UHT milk with a shelf life of up to half a year.

‘Over the past six months, sales of EkoNiva ORGANIC milk have doubled. Plans are afoot to expand the line-up of organic products under the brand,’ says Yekaterina Duerr, Marketing Department Deputy Manager, EkoNiva-Food.

The cornerstone of organic farming is a comprehensive approach to production management which aids in enhancing the health of the agroecology, preserving its biodiversity, biological cycles and soil biological activity.